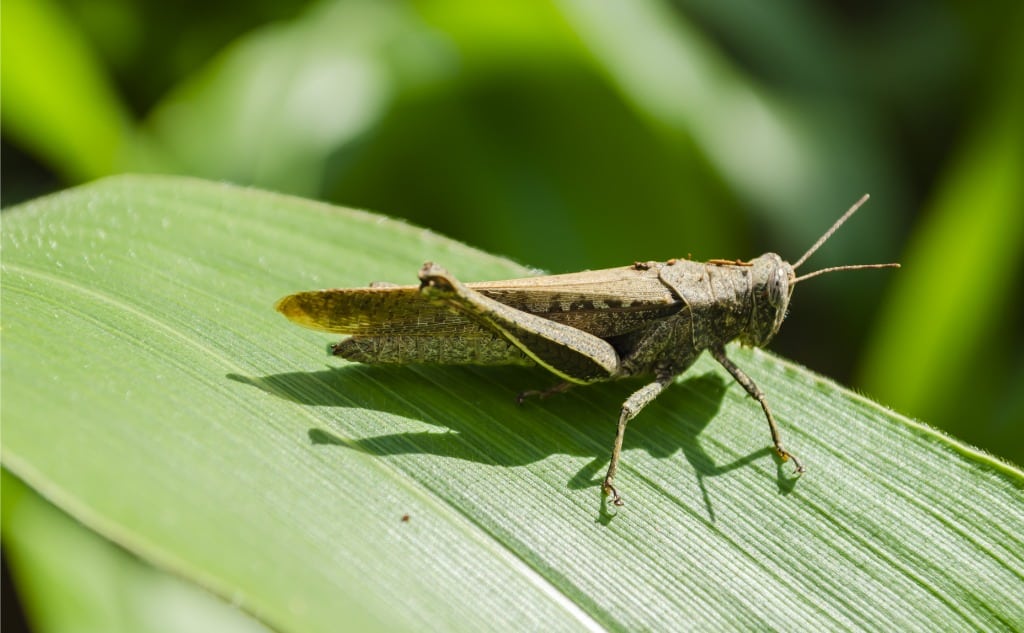 Here’s whether insects have 6 legs:

By defintion, insects have 3 pairs of legs, so 6 legs in total.

If you want to learn all about insect legs, then this article is for you.

Do Insects Have 3 Pairs of Legs or 6 Legs in Total?

Let’s start with a question: How many legs should an insect have?

Or, should they have only two legs?

But, that would make them bipedal like humans, primates, birds, and some reptiles.

By definition, insects have 3 pairs of legs, so they have 6 legs in total.

There are insects, however, that appear to have 4 legs but in reality have 6 legs as well.

Insects are the largest arthropods and animal kingdom group, with an estimated number of species ranging between 6-10 million.

They are also the most diversified group of animals thriving in almost every type of habitat, from marine (sea skaters), freshwater (water striders) to red imported fire ants (RIFA) living in deserts and other terrestrial environments.

Biological by definition, insects are in the class of Arthropoda (invertebrates that have jointed appendages).

Key indicators for arthropods are:

Do All Insects Have 3 Pairs of Jointed Legs or 6 Legs in Total?

Some of them may have modified their appendages for other functions and appear to have 4 legs.

Still, structurally, these modified organs have the same basic use as most legs.

Moreover, there are also anthropods that are called arachnids of the class Arachnida.

Arachnids may appear to the layman as insects with 4 pairs of legs or 8 legs.

However, you can easily tell an arachnid from an insect based on how many legs they have.

Arachnids have 8 legs and as you know by now, insects have 6 legs.

Here are examples of 6-legged arthropods, aka insects that have 6 clearly visible legs:

These brightly colored garden decorators have been one of the most beloved insects for centuries. They have a body with:

Moreover, butterflies have some short prolegs (fleshy abdominal limbs) attached to abdominal segments, but they are not true legs.

Other interesting behaviors are:

The most important representatives of butterflies include:

These light-loving cousins of butterflies also have:

Unlike butterflies, a moth’s antennae are feathery and don’t have a round ball-like structure at the end.

A few moths can cause economic damage for farmers and foresters, such as pine moths.

Most are active during the night (nocturnal).

Some exceptions are hummingbird moths and bella moths.

Some important representatives of the moths include:

These diverse flying creatures performing acrobats with great speed and maneuverability belong to the order Diptera.

Flies are characterized by a body with three distinct segments:

Flies are insects of great importance.

Flies are also a concern.

Honey bees are some of the most important insects on this planet, with many useful qualities.

Honey bees belong to the genus Apis of the clade bees that contains:

Bees have 6 legs, one pair attached to each thoracic segment.

Besides walking and standing, the front pair of the bee’s legs have a comb to clean the antennae, and the hind pair contains pollen baskets to store the collected pollens.

Examples of honey bees are:

Being responsible for the deaths of more than 1 million people each year, these tiny blood-sucking enemies of humans are mosquitoes.

They belong to the family Culicidae, which contains about 3500 species of small mosquitos.

They are responsible for the transmission of many deadly diseases such as:

Like all other insects, mosquitoes have 6 legs, but they keep their front legs slightly outwards while at rest.

That helps them in piercing their mouthparts (proboscis) into the skin of the host.

Mosquitoes are almost similar in appearance to midge flies that also hold their legs outward.

They live on and are adapted to survive on their hosts by possessing strong claws at the end of their legs to prevent them from dislodged from the host’s skin.

They only drink blood and leave deep, itchy bite marks.

They transmit many diseases such as cat scratch disease, Myxomatosis, and various types of fevers.

Fleas have 6 long legs—each with 5 segments and strong claws at the end.

Their body and legs are covered with sclerites (hard plates) to avoid scratching pressure.

Their long legs and laterally compressed body makes them highly fit to run and pass through the host’s hairs and skin.

Fleas are one of the most successful jumpers in the animal kingdom. This is because their hind legs are specially adapted for rapid jumping even faster than their muscle capacity.

For this type of jumping, they possess an additional protein called resilin that provides soft, rubber elasticity and is highly efficient in energy utilization.

Most of us are quite familiar with beetles. They are the largest insect order Coleoptera with over 400,000 species.

This makes them roughly 25% of the total animal kingdom. Their exoskeleton is hard, and they have one pair of wings, which is often hard.

Some species, such as the blister beetle, possess soft wings.

Beetles are used as human and pet food, such as mealworms.

Some are kept as pets, such as ladybird beetles, which also provide effective biological control over aphids and other harmful pests.

Some species of beetles are dangerous pests, too.

These harmful beetles include the mountain pine beetle, coconut beetle, hispine beetle, and the boll weevil.

Beetles have multi-segmental legs with 2-5 tarsi at the end, and the last tarsal segment bears one pair of claws.

The beetle legs are adapted for walking and perform other functions such as crawling water beetles, diving beetles, and water scavenger beetle; the last pair of legs contains rows of long hairs, an adaptation for swimming.

Similarly, the males of diving beetles have cups with the sucking capability to fix the female on them while mating.

Some species of beetles have modified legs used for digging and leaping.

Crickets belong to the order Orthoptera that contains grasshoppers and locusts, too.

All orthopterans have long hind legs adapted for jumping.

The crickets have a very fast growth rate, a very efficient feed conversion ratio of 1:7. They have a great potential to be used as food in the future.

Currently, cricket flour is being used in pasta, bread, crackers, and cookies.

Their long hind legs are adapted for jumping, and on their tibiae, there are hard, moveable spurs for defense.

They eat vegetation. Most of them live in trees. They cannot fly because they are wingless.

Because of their body parts’ modification, which gives them the look of plant structures, such as leaves and twigs, they have good camouflage capability.

They have six legs with sticky “toe pads” and non-sticky heal pads at the end of each leg. These adaptations provide additional grip for the insect while moving upwards.

Cockroaches, along with termites, are grouped into the order Blattodea.

They are ancient insects of about 300-350 million years ago. The larger ones are popular pets like the Madagascar hissing cockroach.

In some places, they are a popular food (cockroach farming is very popular in China).

Cockroaches have 6 legs, one pair attached to each thoracic segment.

The forelegs are short, and the hind legs are large, providing great propulsion during walking and running.

Their legs have large coxae (the first segment of the leg) and 5 claws.

There are spines on cockroaches’ legs that help them walk on difficult terrain.