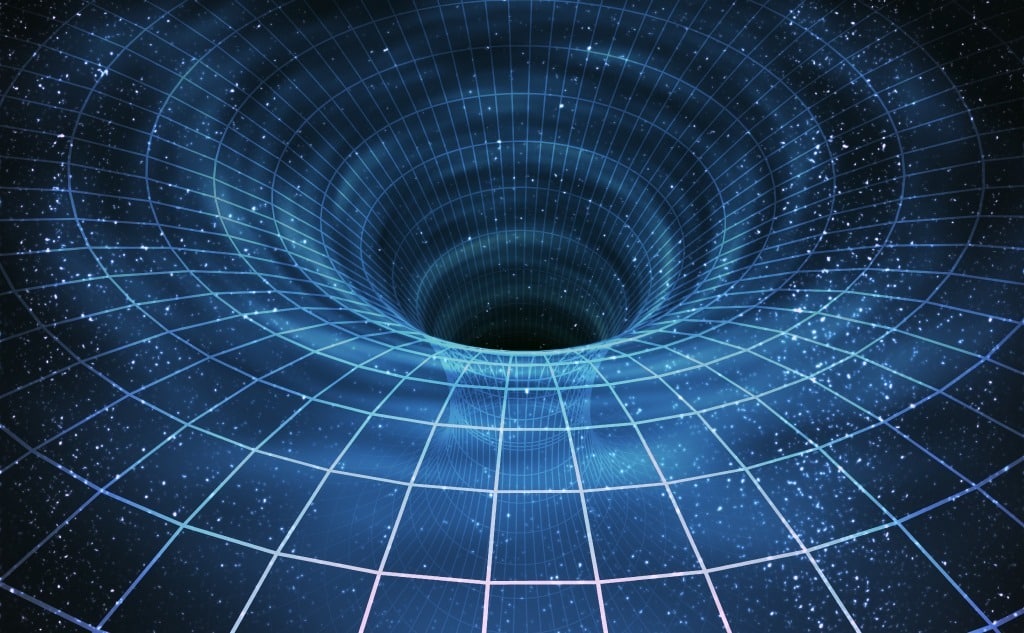 This is about black holes.

So if you want to know what a black hole is in detail, then this article is for you.

A black hole is formed from a dying star. But, not just any star. It has to be massive. At least 20 times the mass of our Sun, which is already enormous.

As the star goes through the process of its violent death, all of its material is crushed down so tightly that processes and physics, as we know them, break down and no longer make sense.

The density, mass, and gravity in this space are now so devastatingly strong that nothing can escape, not even light itself. Hence, the name, black hole.

As complex and mysterious as this process is, it’s relatively simple to understand at a very high overall view.

Let’s check it out!

During a star’s long life, it lives off of fuel that it creates by itself. Very green, right?!

Stars create this fuel through a process called Nuclear Fusion.

The environment inside of a star is hot and extreme, and its internal molecules move around recklessly at rapid speeds.

As the molecules bounce around, they smash into each other.

Normally, molecules have tremendously strong protective forces to prevent themselves from combining with one another, known in science as the strong nuclear force.

However, under the extreme conditions in a star, the molecule’s forces are overcome, and molecules begin to collide and join together to create heavier elements.

Hydrogen combines to form Helium, Helium eventually combines to create Oxygen, and so on. This is the process of nuclear fusion (the NUCLEUS of the atoms is FUSING … get it?).

When these atoms fuse together, they are now carrying extra energy and become very unstable, and do not know what to do with it.

So, they shed this newfound energy by emitting it as powerful radiation. Because of this emitted radiation, we have to be cautious of the dangerous light coming from our Sun on a bright summer day. This is the leftover energy coming from our Sun, a star, as it burns its fuel.

As the star creates and burns its nuclear fuel, it creates constant, powerful energy flowing outward.

But, since stars are also extremely large and massive, they also cause extremely strong gravity pushing inward on themselves.

So, a star constantly keeps its structure and stays alive by fighting its own inward gravity with its own outward energy.

Eventually, the star runs out of molecules to turn into nuclear fuel, and the trouble begins.

The fuel is now all gone, and gravity still remains the same and begins to win.

The tremendous weight of the star collapses inward on itself at near-light speeds and creates a devastating explosion called a Super Nova.

The star’s shell is blown off, and all of its remaining mass crushes down on the star’s core.

The leftover star material is all crammed into a remarkably small space that is densely compacted beyond what our human brains can comprehend. This is a black hole.

The Anatomy of a Black Hole

Our picture shows a cone-like structure, which is made up to simply help you understand this concept.

Astronomers actually believe that a black hole has no actual structure and the event horizon happens in all directions, like a sphere.

Beyond the event horizon, the mass, pressure, density, gravity, and everything else are so strong that nothing can ever escape again, including light itself. This is why we call it a black hole.

So, as the black hole sucks in the nearby matter, it is pulled across its event horizon and never to be seen again.

Of course, with its immense gravity, entire stars and even galaxies can be sucked in and destroyed!

The singularity of a black hole is where all of its material eventually comes to a single point.

Remember earlier when we said all of the dying star’s matter was crushed into a tiny space? Well, that was extreme.

But, now, all of the matter inside of the black hole eventually gets smashed down into a microscopic pin point. That’s even more extreme.

So extreme that, as humans, we can’t actually comprehend this.

All of our astronomy and physics that we have learned for hundreds of years completely fall apart now, and nothing we know makes any sense.

Since, for obvious reasons, astronauts can’t go inside of a black hole to explore and learn, we know very little about the singularity. This has, and will continue to be, one of the most sought-after answers in astronomy and science.

How Do We Find Black Holes?

You might be naturally wondering if light can’t escape, then how do we know a black hole is there? And, this is a great question!

Astronomers are able to spot these invisible objects in several ways. First, we can observe how matter and objects behave around the black hole to pinpoint its existence and location.

Due to its strong forces, stars, gases, and other objects around the black hole begin moving very fast and chaotically.

Astronomers observe single locations where they believe a black hole lies and monitor the surroundings for years, observing the changes.

Black holes periodically feed on surrounding materials. While they are eating, massive amounts of energy shoot out as they digest their food.

Scientists can use these cosmic dinner times to detect and study the energy given off from the food. It most commonly emits x-rays that we can detect using special telescopes on Earth.

Teams of scientists have constantly observing a black hole named Sagittarius A* (pronounced Sagittarius A Star) right in the middle of our own Milky Way Galaxy.

In fact, it’s now widely believed that there are massive black holes in the centers of nearly all galaxies.

There’s no need to worry. Sagittarius A* is over 26,000 light-years from Earth, which’s 150 quadrillion miles away. So we are going to be just fine.