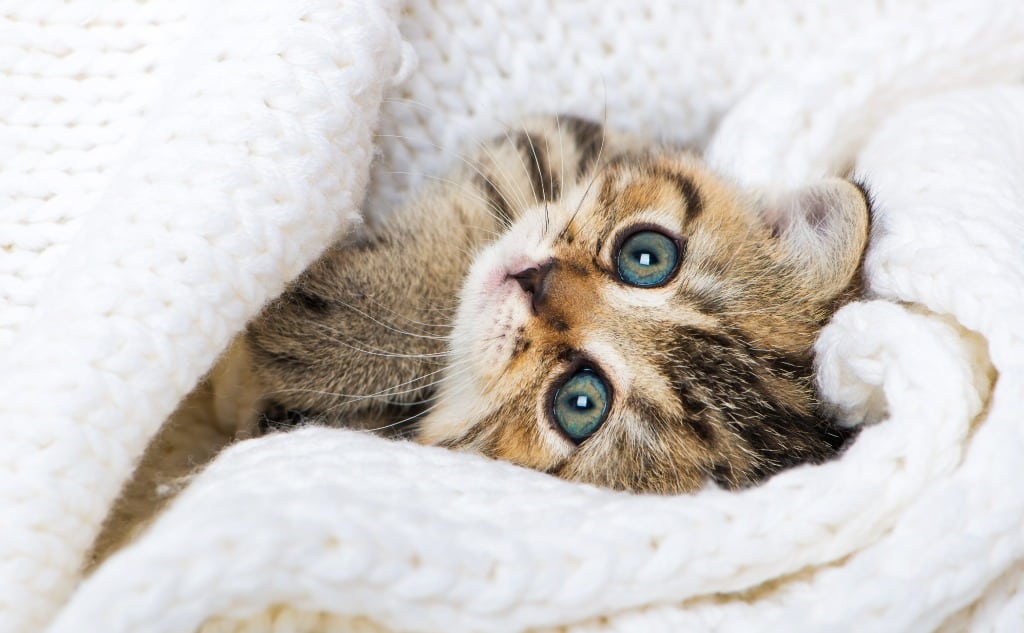 This is why your cat stares at the ceiling and walls.

Your cat can perceive more than humans can.

So if you want to know why your cat stares at ceilings and walls, then you’re in the right place.

Your Cat and Staring at Ceilings and Walls

Imagine yourself coming home, and you see your cat. You just opened the door, stepped in, and suddenly a brief sound strikes your eardrums.

Surely, both of you will forget everything and quickly turn towards the sound to determine where that sound is coming from. This seems to be normal behavior.

What if you are sitting calm and cool while your cat is staring at walls and ceiling and behaving like it focuses on something, but you don’t hear or see anything?

You start wondering if your cat has gone crazy. Or has it just finish watching the James Bond series while you were out and managed to find a job in MI7 of felines? You never know. It’s a cat, after all.

This suspicious cat behavior is observed by a lot of cat owners. Most of us are curious to understand why they do this. The possible causes are as follows:

#1 Cats Can Hear What You Can’t

I hope you are familiar with the term “audible frequency.” This is the range of sound frequencies that can be heard by an animal.

The cat’s audible frequency is 48Hz-85 kHz, which is one of the broadest frequency ranges in class “Mammalia” and is much greater than 20Hz-20 kHz of humans.

They can hear ultrasounds signals transmitted by mice and other animals, which aid them in hunting. So they can hear the sounds which are inaudible for us and respond to them.

#2 Cats Can See What You Can’t

The cats have excellent vision in dim light. This great capability is due to a layer in their eyes called tapetum lucidum. This layer reflects the light passing through the retina, giving the cat the ability to see in light levels 1/6th of the amount required by us.

So, cats can see tiny spots of light on the walls and ceiling, such as sunlight reflection, street lights coming in the house, a reflection of the mobile screen, blinking LED of the TV screen or phone.

Some of the light stimuli are so small that we are unable to detect them, but cats can see them clearly. They respond, and we stand around wondering what’s going on.

Moreover, they can see ultraviolet wavelengths, too. We cannot.

#3 Cats Can Smell What You Can’t

Dogs and cats are famous for their olfactory sense. They have double olfactory mucosa as compared to humans.

The olfactory mucosa is the layer responsible for the absorption of chemicals which are to be sensed.

So cats can smell things that we cannot.

Moreover, an additional smell sensor called the vomeronasal organ is located on the floor of the nasal cavity in cats and some other animals. Humans have this structure too, but it is non-functional.

So, as the sense of smell in cats is far better than ours, they can sometimes respond to very light odor that we cannot sense.

#4 Their “Moustache” (Whiskers) Has a Function, Too

Unlike our mustaches, cat whiskers are great sensory structures.

They help the eyes detect minute air movement and vibration.

They continuously send signals to the cat’s brain, focusing on different sources of vibration and air movement.

Therefore, cats may respond to the stimulus signals sent by whiskers that we are unable to detect.

There is a famous saying, “Curiosity kills the cat.”

They process a lot of information. This is because of the long journey of evolution that adapted them to predation. Imagine a hunter hiding in the jungle waiting for its prey.

He will pay attention to each sound, even as little as the falling of leaves.

Since the cats are excellent hunters, they pay attention to everything. Dogs, when compared to cats, are quick learners.

They ignore the unnecessary things and focus on the important ones only. But cats may spend hours following the path of a tiny insect that has just passed by them.

All of the reasons mentioned above, which explain their continual alertness, are considered normal behavior for cats. They are related to normal physiology and are the result of years of evolution.

What Is Not Normal Attentive Behavior

Hyperesthesia means oversensitivity to normal stimuli. This condition is characterized by a range of abnormal behaviors from:

Actually, hyperesthesia is a symptom present in many diseases, toxicity, and physiological stress disorders related to the nervous, endocrine, and musculoskeletal systems.

The signs of Feline Hyperesthesia Syndrome (FHS) subside after a brief interval. They can be repeated many times in a week.

When an animal experiences bouts of FHS, cats may keep on staring at walls, ceiling, and their tail and may behave in psychotic ways. When these behaviors are observed, your cat needs to be examined by a professional.

Toxoplasma gondii is one of the notorious pathogens of humans, cats, and rats. Cats are the definitive host of this parasite.

Humans can get it through improperly cooked meat and unpasteurized milk or even cleaning a litter box. This parasite causes symptoms related to altered behaviors such as oversensitivity and risky behaviors in its animal victims and stillborn births in pregnant women.

The odd behavior of animals may be inferred from the fact that this parasite changes the physiology of a rat’s brain, for example, which leads it to take unnecessary risks. It changes its natural fear of cats to curiosity and interest.

The rats are attracted to cats in such as way that they are caught and eaten. In this way, the parasite moves from rat to its definitive host.

Cats infected with toxoplasma may show alertness and hypersensitivity, including staring at walls and ceiling abnormally.

The infection of Taenia serialis causes Coenurosis similar to stargazing in cats. This parasite produces cysts in the brain of cats.

Other genera “Taenia” species cause similar brain infections in other animals such as sheep, goats, and cattle.

The inflammation in the brain and other lesions caused by the parasite can cause behavioral abnormalities in its victims.

Other reasons for alertness and sensitivity may include drugs that stimulate the nervous system, such as amphetamines and other recreational drugs. This can also include toxicity, but other symptoms can differentiate toxicity from the stimulant.

So, the signs of alertness and keen behavior, even if it seems totally illogical and strange to us, are normal for the cats because of their physiology, sensitive whiskers, and great senses of smell, vision, and hearing.

But suppose the cat expresses some other abnormal symptoms, too, such as tail biting, fever, wild running, uncontrolled urination, abnormal posture, star gazing, muscular twitches, and lack of coordination.

In that case, you need to bring your pet in to be examined by a professional veterinarian.