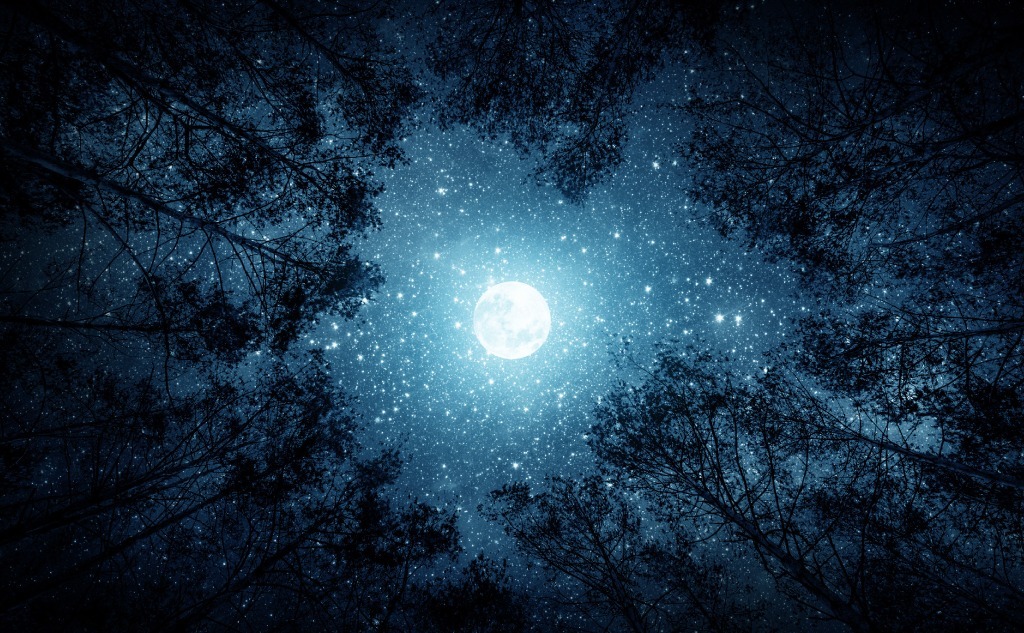 This is all 13 full moon names explained.

So if you want to learn all full moon names and their meaning, then you’re in the right place.

All Full Moon Names and Their Meanings

Every month, we get to marvel at a bright, beaming, silver full Moon.

No matter where you live on Earth, you have seen one before.

But have you ever heard somebody refer to a full Moon as a Strawberry Moon?

Or, have you ever used the phrase “once in a Blue Moon” to describe something rare?

Every month of our calendar has a uniquely named full Moon.

These various Moons were used to help them keep track of each important season.

During the deep winter’s night snows of January, hungry wolf packs howled at the full Moon in the woods outside of Native American villages, giving January’s Moon the title of Wolf Moon.

Since February is typically the month with the most snowfall, tribes gave the month’s full Moon this fitting name.

Some tribes also referred to February’s Moon as the Hunger Moon since heavy snows made hunting quite difficult.

As the lands began to warm in March, Earthworms would slowly reappear, causing birds to come out and signal the end of winter.

The Pink Moon gets its name from Herb Moss Pink, which was one of the earliest known wide-spreading flowers. These flowers began to appear around April.

As the name insinuates, flowers have now appeared everywhere during May.

During June, the rather short window to harvest strawberries occurs, giving this full Moon its name.

July is the month in which tribes would see Buck Deer’s antlers begin to sprout from their heads.

A Sturgeon is a type of large fish.

Since August was the month when Sturgeon were most frequently caught, Native American fishing tribes of the North are credited with this full Moon’s name.

Native American tribes deemed September Moon the Corn Moon as this was the month when corn could be harvested.

On the other hand, American farmers refer to this Moon as the Harvest Moon because its late rise and bright light allowed them to work late into the evening during their autumn harvesting season.

During this month, deer were now full-fed, and Native American tribes began hunting them to gather meats for the frigid months that lied ahead.

During November, beavers are fully preparing for winter, and tribes actively set beaver traps to gather furs for the upcoming cold.

During December, the winter chill is in full effect, and the nights are now at their longest and coldest.

A Blue Moon is a second full moon occurring within the same calendar month. This does not occur very often, only around once every 2.5 years.

This is why we use the phrase “once in a Blue Moon” to describe something rare.