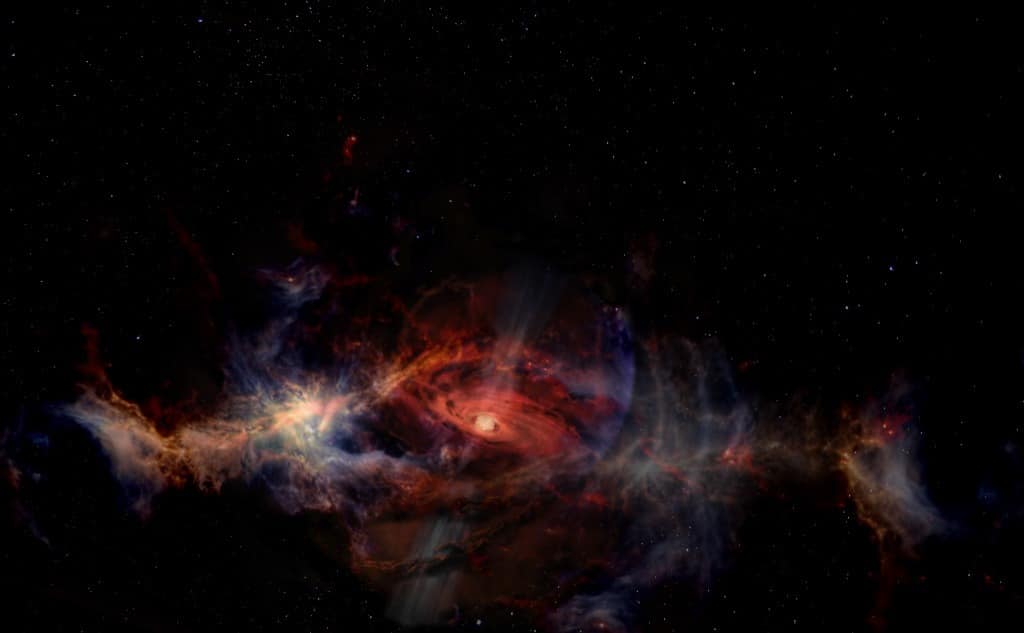 This is about the hottest place in the universe.

So if you want to know where the hottest place in the universe is, then you’re in the right place.

The Hottest Place in the Universe

Indeed, our own planet, Earth, hosts some truly extreme environments.

For instance, Death Valley in California currently holds the record of 134º Fahrenheit.

But, tiny Earth is a mere blip on the overall cosmic radar.

Distant locations across the universe host environments that are truly unimaginable to human beings.

But, where is the hottest place in the universe?

The Hottest Place in the Universe Surrounding a Galaxy Cluster

Over five billion light-years away, in the constellation Virgo, a cluster of galaxies sits bunched together.

And surrounding the galaxies is a fiery-hot cloud of gas.

By comparison, our extremely hot Sun only reaches 27 million degrees, even deep within its core.

Plus, in our article about supernovae, we explained the process of nuclear fusion.

And, if our Sun’s measly temperatures can kick off wild phenomena like fusion, imagine what can happen at these sweltering temps.

The extreme temperature findings were the result of multiple combined sources.

The Japanese images, along with photos from NASA’s Chandra X-Ray Observatory, delivered the record-breaking gas.

Zooming through space at 2,500 miles per second, massive galaxy collisions are a recipe for true chaos.

Further reading and breathtaking photos of galaxy collisions can be found all over NASA’s official website.

Hubble has also collected several amazing images of galaxies colliding, like the one shown here.

What causes this hottest place in the universe?

Currently, astronomers are unsure exactly why this region is so hot.

However, this galaxy cluster has likely seen multiple collisions with other clusters.

Therefore, the energy and heat.