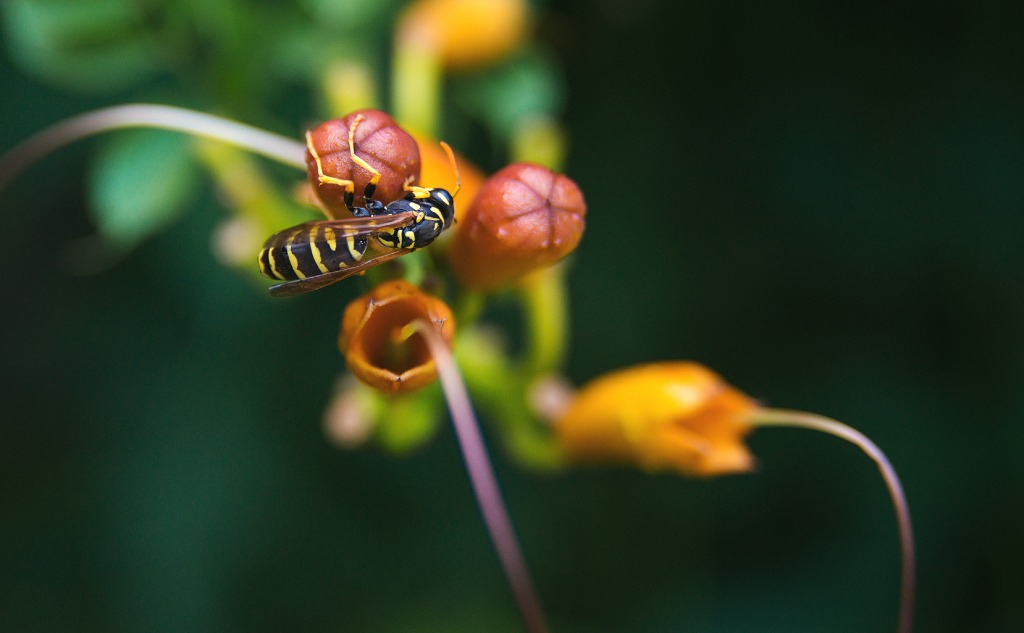 This is about how wasp spray works.

Best NOT use any wasp spray in the sense of live and let live.

However, if you’re just curious about how wasp spray works, let’s talk.

Unfortunately, sometimes they can.

Although mosquitoes kill millions of people each year by spreading deadly diseases, they are not venomous.

In terms of diversity and number, insects are the largest group in the animal kingdom. It is estimated that there are one million ants per one human: 1,000,000:1.

Insects can range from the most beneficial, such as bees and silkworms, to the deadliest ones, such as:

Can a Wasp Kill a Human?

Wasps are not without purpose. They are both predators and pollinators.

For example, fig wasps and other wasps are used as a biological method to control aphids. (An aphid is a tiny pear-shaped insect that destroys green fruit and leaves).

Many wasps act as parasitoids to other insects. For example, paper wasps lay eggs in nests of other species. Their larvae take food and shelter away from the young of those species.

And, depending upon the type of wasp and the allergic sensitivity of the person, their sting can kill you. For example, in 2013, hornets killed 41 people and injured 1600 in a single attack in China.

Wasps and hornets belong to the family Vespidae of the suborder Apocrita of the order Hymenoptera of insects, including ants and bees.

Some wasps and hornets are eusocial (live together by making nests), while most are solitary (a single small nest is made by the female only).

Some wasps make their nests with mud (i.e., the mud dauber).

There are over one hundred thousand species of wasps, and they range in size from the Asian giant hornet (5 cm) and tarantula hawk (5 cm) to the smallest chalcid wasp, which is only 0.14 mm in length.

Most of them are parasitoids (living at the expense of others), while some are predators (paralyze and kill their prey) and fluid feeders.

Wasp can be beneficial if their numbers are few. They keep a check on other insects if the natural biological mechanisms work. But, if their number rise too much, they are considered pests and should be controlled.

They usually come out in larger numbers at the end of summer searching for food, and may sting if disturbed.

A wasp sting usually won’t hurt you, but can be painful and may cause in very rare cases an anaphylactic shock, which is death due to allergic hypersensitivity.

How Does Wasp Spray Work?

It depends upon its composition.

The main acting agent is the insecticide chemical used in the spray.

How your particular spray works depends upon which insecticide is used.

Any product you buy from the store or make at home may contain one or more of the following agents.

The mode of killing action of every group is explained below:

In the past, these naturally occurring and synthetic compounds were extensively used in wasp sprays and pesticides. They still make up to 50% of the killing agents in pesticides today.

They are potent nerve agents and lethally increase the nervous and muscular activity of the insect.

For that purpose, they irreversibly block an enzyme called acetylcholinesterase responsible for the controlled transmission of messages from one neuron to the next at the junction between the two.

This enzyme is also present in humans and other animals. Thus, these drugs pose a toxic threat to humans as well.

Examples of organophosphates are:

These insecticides work by blocking the same enzymes, but unlike organophosphates, bind reversibly.

Examples of carbamates are:

The most commonly used insecticide agents in modern wasp sprays are pyrethroids.

To understand how they work, you need to know a bit about nerve physiology.

There are channels in the membranes of neurons called voltage-gated sodium channels, which are responsible for the movement of sodium into the neuron (influx) so that the nerve impulse (the message from the brain to the muscles and other parts of the body) can be conducted.

This keeps all the neurons in an excited state, and the whole body of the insect becomes paralyzed, leading to death.

Pyrethroids are effective against all insects.

But there is a problem:

Pyrethroids can be degraded by a particular enzyme present in some insects, thus lowering the efficacy of these chemicals.

To prevent this, another agent called piperonyl butoxide is added in wasp sprays containing pyrethroids which block that enzyme.

Fortunately, pyrethroids are not toxic to humans. But they can be toxic to aquatic animals like fish.