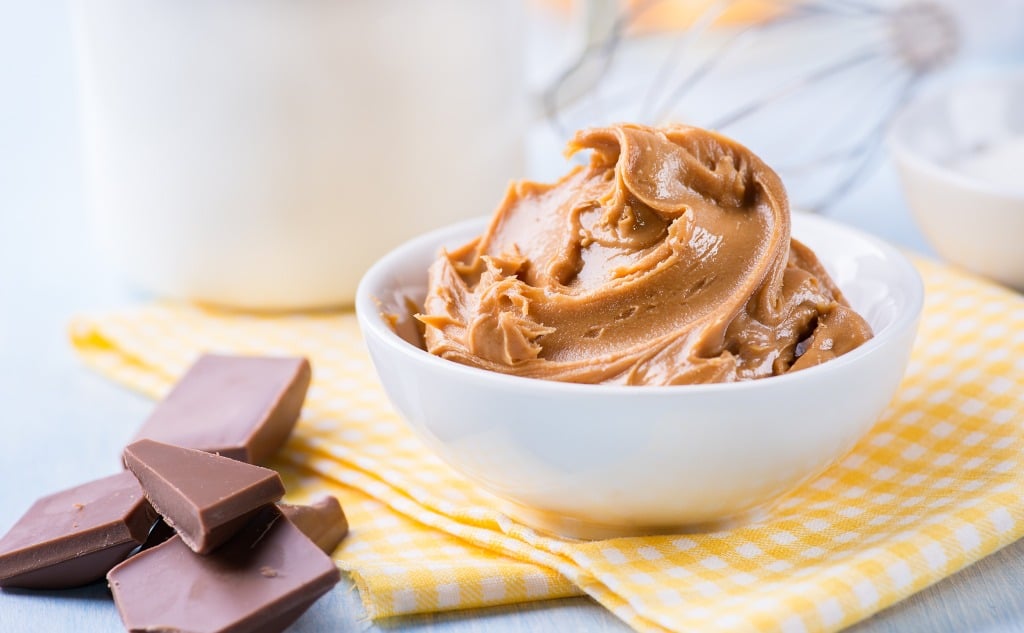 This is about insect parts in peanut butter and chocolate.

In short: Peanut butter and chocolate do contain insect parts.

So if you want to know all the details about insect parts in peanut butter and chocolate, this article is for you.

Yes, insect fragments (head, legs, wings, and eggs) and rodent remnants (fur, poop, and nails) are in both peanut butter and chocolate.

Yet, this is the case for all food products!

For example, the wheat or rice flour we eat has crushed insect parts and their eggs in it.

Similarly, all canned foods obtained from agriculture can have insect parts to some extent.

Therefore, the presence of insect fragments to a permitted limit will not harm our health. It is not associated with food-borne illnesses at all.

“Peanut butter is the greatest invention since Christianity.”

With a great nutritional profile, an amazing taste, crunchy texture, and an annual production of about 47 million metric tons, peanuts are the most popular nut in the world.

Peanuts are consumed in over 100 different ways. The most common ways are:

They are a great source of protein, unsaturated fatty acids, Vitamin B and E, many minerals, and dietary fiber.

Are There Insect Parts in Peanut Butter?

With an annual production of 6.1 million pounds in 2020 in the United States alone, peanut butter is considered one of the most popular food spreads in the world.

It is usually composed of 90% peanuts and 10% other ingredients such as vegetable oil, peanut oil, salts, and sweeteners.

However, the peanuts themselves actually have enough oils that you can make peanut butter without adding anything.

It is not actual butter but rather roasted peanuts finely ground into a homogenous creamy consistency that spreads like butter.

Peanut butter was invented in 1890 by George Washington Carver, a Black agricultural scientist. Still, an 1895 patent is held by Dr. John Harvey Kellogg.

But are there insect parts in peanut butter?

To answer the question, let us consider the method of manufacturing peanut butter.

Peanuts are a type of legume and grow underground, sort of like how potatoes grow. They take about 4 to 5 months to mature.

They are harvested usually from August to October, depending upon the climatic condition.

Peanuts are then separated from vines and dried. Once fully dried, peanuts are shelled by cracking the casing around the nut. That nut is then inspected for any contamination.

The roasted peanuts are cooled rapidly and efficiently to 86°F (30°C) to avoid complete drying so that some moisture and oil remain.

Seed coats are then removed by heat blanching or water blanching methods.

Then the naked roasted kernels are subjected to fine grinding along with mixing in any emulsifiers, stabilizers, and other additives, as desired.

The final product is packed in jars.

After a careful review of the manufacturing method of peanut butter, it is clear that insect parts are not the product’s main ingredient.

But, if it does happen, where might these insect parts come from?

The most important insects which attack peanut plants in the soil are:

Other minor pests of the peanut crop may include:

The larvae or adults of these pests can be present in the kernels and are easily overlooked during inspection because of their small size.

After all, you cannot peek into each seed to take out the hidden pests and their larvae.

Even the other unwanted things such as rodent fur, fungus, bacteria, and parasites can be present in the peanuts we eat routinely.

Insects That Might Sneak Into a Peanut Butter Manufacturing Facility

The manufacturing facility has to process millions of peanuts in a day.

Peanuts are grain legumes, and grains are the favorite food of insects.

While insect control is used stringently in these facilities, some insects can still get in like:

These are attracted to grains due to the aromatic compounds evaporated during the roasting process.

No insect control method can be 100% effective. This is the case with all food industries.

Since absolute prevention is not possible, the US Food and Drug Administration does allow a small amount of insect residue in peanut butter.

Also, some rodent filth and fur are allowed too.

However, keep in mind that the manufacturing of peanut butter is one of the most controlled food processes on the FDA list.

Are those insects bits dangerous for our health?

The insects that were in the peanuts before the roasting process are killed during roasting.

They cannot withstand the high heat and become dust during roasting.

On the other hand, the insects sneaking in after the heating process are crushed during grinding.

The bacteria remaining are killed due to the high concentration of salts and sugars in the peanut butter. If they even survive, their number is too low to cause any disease. Whew!

What about chocolates? Does it have insect fragments, too?

Are There Insect Parts in Chocolate?

Yes, they can have insect parts as well. The manufacturing method of chocolate is similar to that of peanut butter.

Method For the Manufacture of Chocolate

Chocolate is made by roasting ripened cocoa beans and then grinding them into a powder. These beans are harvested and then kept for 6 to 7 days in piles to allow for some fermentation.

After fermentation, the bean is dried in the open air, packed, and sent to the manufacturing facility.

There, the fermented beans are finely ground to powder and mixed with additives like sugars and preservatives.

Once mixed thoroughly and smooth after heating, it is poured into molds to form bars or similar candy forms.

Once cooled, the chocolate is packaged for transport and sale.

How Do the Insects Get Into Your Chocolate?

During the time of bean pod growth, harvest, fermentation, drying, and transportation, the bean can become infested by insects because there are a number of known species of insects that like to feed on cocoa beans.

The most important pests of cocoa beans include:

Similarly, during the manufacturing process, insects can be present, such as:

The dead insects and their fragments can be incorporated into beans during any part of the manufacturing process, despite all efforts to prevent it.

Moreover, rodents can attack the cocoa beans in the wild and leave their fur, poop, and saliva remnants, which can then be mixed into the beans or chocolate mixture before it becomes your favorite sweet.

Similarly, some of the insects or insect fragments can get incorporated during the manufacturing process in the factory because it is impossible to prevent infestation.

After all, chocolate is a food rich in sugar loved by most pests, insects, and rodents.