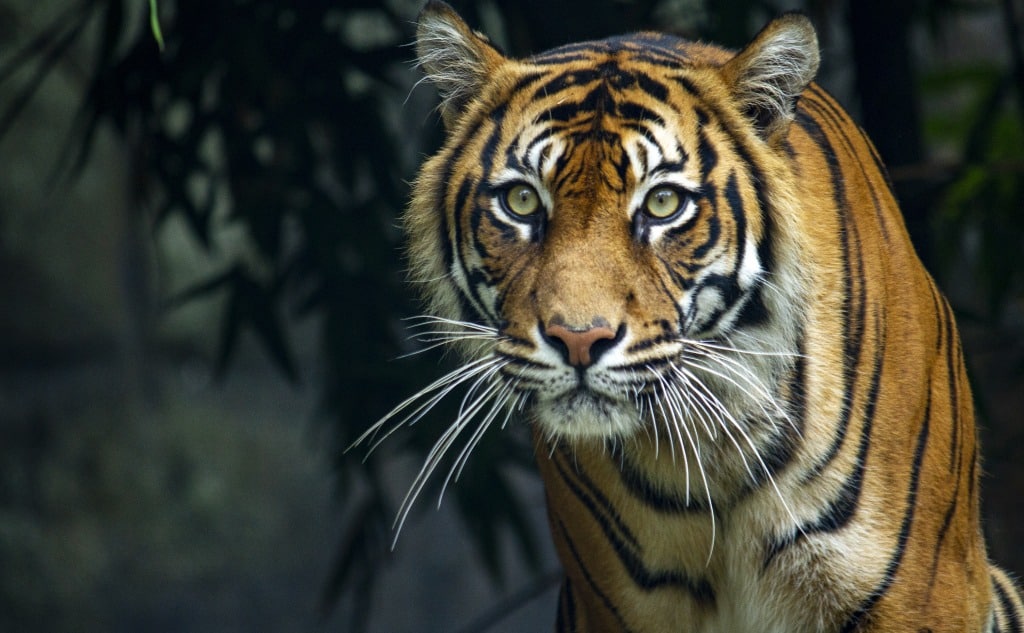 This is about the difference between lions and tigers.

Tigers and lions can mate, creating the known liger.

So if you want to know all the differences between lions and tigers, then you’re in the right place.

What Is the Difference Between Lions and Tigers?

There is a famous saying: “A lion doesn’t roar after a kill. It roars after a defeat.”

Wole Soyinka, a Nigerian Nobel laureate, once said: “A tiger doesn’t shout its tigritude, it acts.”

Both lions and tigers are large, wild cats often mythologized or demonized in literature and in history.

Let’s first discuss the similarities between lions and tigers.

These are differences in the form and structure of the animal, often focusing on the skeletal structure, but can also include common fur color and size.

Tiger and lion skulls look alike, but the tiger’s skull is less depressed or flattened than that of the lion. In addition, the post-orbital region of a tiger is slightly longer than on a lion, and its nasal openings are broader.

The most noticeable difference between tiger and lion skull is the lower jaw and structure of teeth. The tiger’s canine teeth are the longest among the living felids and can reach 3.5 in. (9 cm).

Camouflage is one of the key survival strategies among all felids (cats), as they are predators and need to hide in bush, grasses, and trees. In that regard, skin (fur) color and marking pattern are important.

The lions have a color ranging from white to tawny yellow to brown to deep orange.

Fur color in cats is a polygenic trait, meaning it is controlled by many genes and varies in different individuals. Even environmental factors play an important role in the expression of polygenic traits.

Tiger’s fur has shades of orange and brown, along with whitish ventral parts. In addition, there are distinct black vertical strips that appear to be like standing grass. These types of strips are very rare in felines.

The tiger color pattern remains the same even if it is shaved because the hair follicles are deeply embedded in the skin.

Male lions are famous for the heavy growth of long hairs around their neck and belly. This most recognizable feature is a result of evolution over millions of years.

A lion’s mane may be light or dark in color. The darker, heavier mane is a sign of a healthier animal and a preferred mating choice of lionesses.

On the other hand, male tigers also have heavy growth around their neck and jaws, but that is much shorter than lions.

Even the offspring produced by crossing a male lion and a female tiger, also known as Liger, has a prominent mane around their neck which is longer than tigers.

There is a huge difference in size for tigers between males and females, with the former being larger in size and weight.

In both species, the males are bigger than females, but the inter-gender difference is much larger in the tigers than in lions.

There is an exception among tigers; the Sumatran tiger. They are smaller than lions.

#6 Size of the Heart and Brain

The brain of the tiger is 25% larger than that of a lion. Lions have the second-largest brain among all big cats. A lion’s heart is 0.45% of its total body weight, which is much smaller.

A Tiger’s heart is smaller than that of a lion. Therefore, both species are not efficient in long-distance pursuits of their prey. A tiger will pursue its prey no more than 109-164 yds. (100-150 m.).

Physiology addresses how the body of an animal function in areas ranging from movement to reproduction.

Both lions and tigers are hypercarnivores, meaning their diet consists exclusively of meat. But they differ in their daily requirements of meat. For example, a tiger eats more than a lion daily.

On the other hand, the average daily requirement of the Siberian tiger is 20-22 pounds (9-10 kg.). Both the species can eat up to 110 pounds (50 kg.) of meat in a single meal. However, Sumatran tigers eat less than lions.

The average life span of a lion in the wild is around 13 years, extending to 20 years in captivity.

On the other hand, tigers live slightly longer than lions. The average life span of a tiger is 15 years in the wild and 25 years in captivity.

But in captivity, the tiger’s gestation period is 93-110 days, while that of the lion is 100-105 days. The important difference is lions raise their cubs within the pride.

Still, a tigress will leave her mate when she expects to deliver her cubs, which she will do alone.

Behavior is how a creature interacts within a group of their own kind or how they act in the world as a whole.

Lions are the only felids that live in a larger social group called pride. A lion pride may have 15-30 members, including females, 1-4 males, and cubs of both sexes.

To gain the membership of pride is a very difficult task. Membership changes usually with the birth or the death of a pride member.

In a pride, every member performs a specific function from protecting the pride territory (mostly the business of male lions) and hunting (where female lions are experts), cub raising and protection, etc.

Some lions may become nomads, meaning they live solitary lives, but are always searching for pride to call home because lions are the most social of felids. In Tsavo lions, there is only one male in the pride.

Most of the time, they avoid each other but sometimes share their kills. Unlike male lions, male tigers allow other females and cubs to feed on their kill alongside them.

The dominant male tiger may sometimes tolerate a subordinate male tiger in its territory if it becomes submissive and shows its belly to the dominant tiger, accepting the defeat.

The territorial disputes are more intense when the female is in estrus, which means she is ready to breed.

The group organization of lions gives them an advantage over tigers when in dispute with them. This may result in the tiger’s death if the lion group is overly aggressive.

Tigers, on the other hand, believe in self-service and hunt alone. This is the reason why the tiger’s primary food is small- to medium-sized animals.

While lions take on the big prey due to well-coordinated and organized hunting teams.

Lions and tigers are hunters, but lions are willing to scavenge on dead animals and animals killed by other predators.

Tigers only eat prey killed by them.

The lion is called the king of the jungle even though they don’t happily inhabit forests. Instead, their preferred habitats include grasslands, savannas, scrub bordering rivers, and open woodlands.

All the types of tigers are associated with one or more types of forest habitats. They thrive where bovids (cattle/antelopes/buffalos), caprines (a branch of bovids with horns, such as goats), deer, and other prey are present in large numbers.

In summary, despite the many differences in structure, morphology, and behavior, both lions and tigers are cats, along with jaguars, cheetahs, leopards, pumas, and cougars.

Both lions and tigers can interbreed with each other to produce a hybrid liger. They eat the same things, breed in the same way, and live in an almost similar environment. There are just a few differences in physical and behavioral qualities.