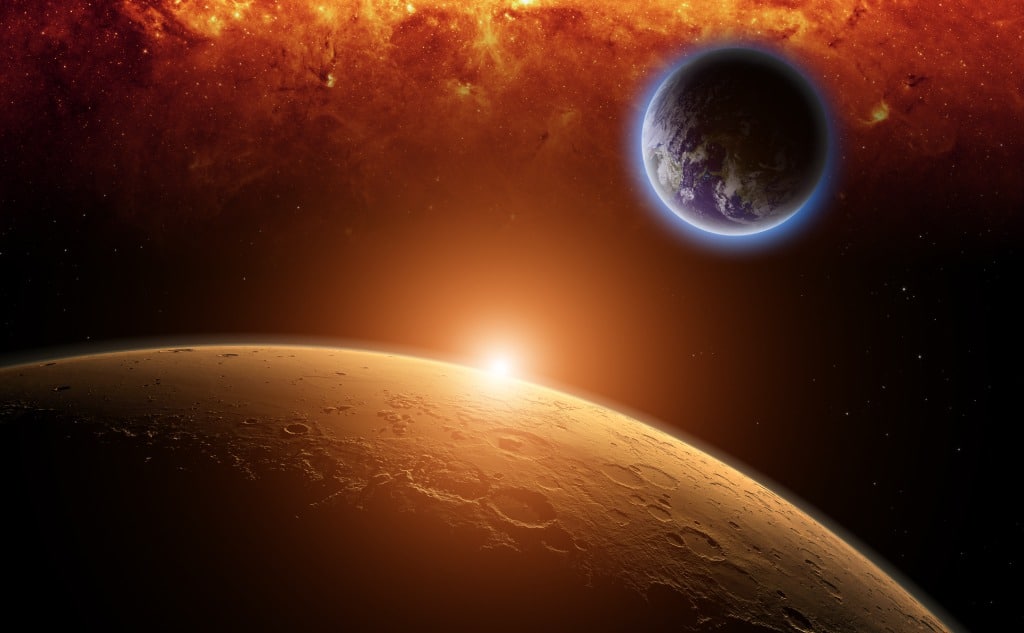 This is about how it would be to live on the planet Mars.

How about you’re only half your Earth age?

So if you want to know how life on Mars might be, this article is for you.

What Would It Be Like To Live on Mars?

We have fictionally spoken and written about sending Humans to our small neighbor, Mars, for many years.

We have NASA’s Mars Rover permanently on the planet, allowing us to remotely explore and see Mars videos.

Now, we even have genuine plans to send humans to the red planet within a decade.

But have you ever stopped to truly think about what life would be like on Mars?

Let’s assume all necessary technology and equipment is currently available, and let’s find out!

Your Typical Day on Mars

Your mornings and days on Mars would feel somewhat familiar to those on Earth.

Your Sun would rise and set quite similarly to Earth in that the day is only one hour longer at 25 hours.

However, as you explore your new home, you see a much different environment.

Mars is infamously red because of rusting iron throughout its dusty surface.

This dust also creates an orange-colored, hazy sky that blurs the Sun and causes its surrounding areas to appear slightly blue in color.

To help your homesickness, Mars has what could easily be its own national parks. For instance, Olympus Mons, which is the largest known volcano in our solar system.

Towering at a breath-taking 88 thousand feet, this giant is three times as high as Mount Everest.

Plan your trip to Olympus carefully, as many astronomers believe it may still be active.

If you never got to see the Grand Canyon on Earth, never fear.

You can plan a trip to visit Valles Mariners. This vast system of valleys spans as far as the continental United States.

Your Typical Night on Mars

Unlike life on Mercury or Venus, your night sky would be full of action.

You would instantly notice a canvas of thousands of shining stars from end to end.

Since your new nights are almost the same length as Earth, you would feel comfortable knowing that you could fall asleep and wake up to a new day.

Unlike the inner-most three planets (Mercury, Venus, and Earth), you have not one but two Moons, named Phobos and Deimos.

Named after the horses that pulled the Roman god of war, Ares’ chariot, Phobos means “fear,” and Deimos means “panic.”

But, despite their names, there’s no need to be alarmed.

Even from your new planet, your Moons will appear very small and underwhelming in the night sky.

Phobos is 14 miles wide, and smaller Deimos is only 8 miles wide.

Occasionally, both Moons will rise together in the night sky. You will definitely want to pack your telescope. That will be quite a sight to see.

Your Typical Year on Mars

Your new calendar year, despite its extreme dangers, has some silver linings. It is nearly twice as long as an Earth year, but with that comes seasons that are twice as long, too.

Because your planet is slightly tilted on its axis, like Earth, you will experience all four seasons.

Your new Spring lasts seven months, your Summer six months, your Autumn 5 months, and Winter four months. For most of us, that’s ideal.

At only 38% of Earth’s gravity, you can jump three times as high, lift weight three times as easily, and you now only weigh around one-third of your Earth-weight.

Once you get used to controlling your body in this new environment, it may not be too shabby.

Not to mention, you are now only around half of your Earth age.

In other words, if you were 30 years old when you left Earth, you will be turning 16 on Mars. This is perfect timing because you can now legally drive the Mars Rover Curiosity.

That is, assuming your new planet has the same legal driving age or licenses in general.

Your local forecast is very dusty with a chance of hot or cold.

Due to your sparse atmosphere, your sky and environment are almost always very hazy with iron-rich dust. This is also what causes the red-orange-colored skies around you.

You will often experience increasing winds that cause severe dust storms that cover your new planet entirely. You will want to keep an eye out for these.

Your biggest concern will be the extremely high amount of radiation let in by incoming sunlight with your thin atmosphere. We recommend inventing an SPF 1,000,000 sunscreen before your move-in on Mars.

Since your new atmosphere is only 1% as dense as Earth’s, heat and cold are not easily trapped, so your temperatures will fluctuate quickly.

Though your temperature is typically around -80º Fahrenheit, it can suddenly jump up to around 70º F by the equator during your Summers.

Afternoon rainstorms are highly likely, but you will never see a single drop hit the Mars surface because of your extremely dry climate.

If you live around the poles, where you have large frozen icecaps, you may occasionally experience snowstorms. However, these storms differ from Earth in that they are flakes of dry ice.

Are you looking for extended Springs and Summers, starry night skies, and an additional Moon?

Are your allergies unaffected by dust, and you truly appreciate the colors orange and red?

Then, Mars may be the perfect place for you.

But, with its extremely cold temperatures and risk for fatal radiation, you will want to read more reviews before you pack up and live on Mars.