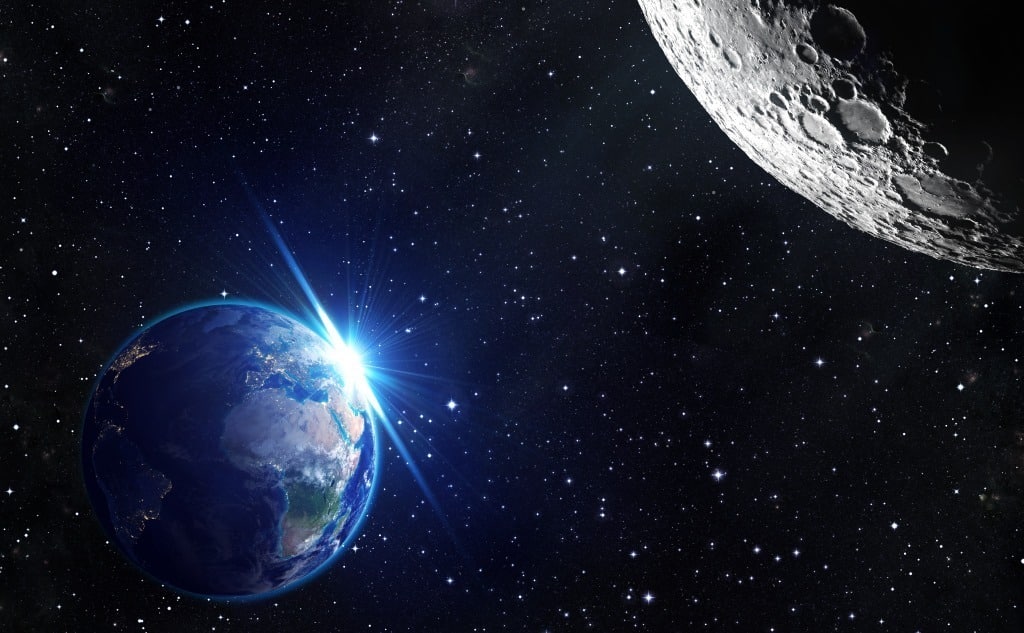 This is about how it would be to live on the Moon.

How about moonquakes that last an hour?

So if you want to know how life on Moon might be, this article is for you.

What Would It Be Like To Live on the Moon?

Even as young children, we are familiar with the Moon because it almost always shines bright and sparks our night sky. It’s the second brightest object in Earth’s sky, second only to our Sun.

Most people also know that it is the only environment outside of Earth’s atmosphere where humans have set foot.

In fact, there is a long list of other interesting facts about our Moon that nearly all people know.

But, have you ever asked yourself: what would it be like to live on the Moon?

Ignoring the frightening dangers and assuming we currently have the technology to do so, let’s find out what it would be like!

Your Typical Day on The Moon

Your new homeland’s day lasts for over 600 hours, or 27 times one Earth day.

Even during the day, your sky would always be pitch black because you have no atmosphere to scatter the Sun’s light.

On Earth, we know the Sun is rising because the surrounding sky becomes bright and colored.

On the Moon, the Sun suddenly appears in the sky. Once it rises, light covers your surface, and temperatures instantly swell to almost 250º Fahrenheit.

Since your sky is always black, you also see crystal-clear stars rise with the Sun and continue along across your skies.

Speaking of your former home, you would indeed have a spectacular view of Earth.

Because of this, you would always see Earth in roughly the same spot in your sky.

You would also be able to see Earth go through phases, just like you saw the Moon do from Earth.

Adding to the list of complete opposites, you would occasionally experience a solar eclipse.

However, it will now be the Earth that is briefly blocking the Sun. The Earth will temporarily appear as a glowing red-orange ball, blocking most of the Sun’s light from your home.

As you venture out to explore your new homeland, you will see smooth plains created from molten lava.

With no atmosphere to protect your home, large collisions from the past have left gigantic mountains and deep craters.

Your Typical Night on The Moon

Not surprisingly, your evening on the Moon is similar to your day; pitch black.

But, without an atmosphere to trap in heat, your evening temperatures will plunge almost instantly to nearly -250º Fahrenheit. You’ll want to pack a heavy coat.

Naturally, you will have no Moon to sparkle in your night sky because…well, you are on it. As explained previously, the Earth will be your main nighttime sky feature now.

And, because they are essentially unaffected visually, thousands of beaming stars will decorate your sky.

Temperature aside, there are much less pleasant views one could have in the evening.

Your Typical Year on The Moon

You now have two different ways of viewing your new home’s calendar year:

Because of the time, it takes for the Moon to completely revolve around the Earth, you could say a Lunar year is 27 days long.

You could also argue that the definition of a year is the time it takes for an object to orbit the Sun. If that is your view, then you could say the Moon has the same year as Earth since it travels around the Sun with the Earth.

Regardless of your yearly views, one thing is for sure, your gravity is much different now. At only one-sixth of your previous Earth gravity, you can accomplish some amazing things.

If you could throw a football 50 yards on Earth, you can now launch a 300-yard pass.

If you weighed 160 pounds when you left Earth, you would now weigh only 25 pounds on the Moon.

If you could benchpress 200 pounds in an Earth gym, you are now officially benching 1,200 pounds in your new gym. Wow!

Your local weather forecast is almost not even worth watching. It’s very predictable.

No matter what time of year it is, it will be very hot, then very cold, with no chance of precipitation.

One factor you definitely want to stay current with is meteor particles.

Without a protective atmosphere, these particles frequently bombard your home and can be as large as golf balls.

Think about how much a piece of hail can hurt when it hits you on Earth. Now, imagine the same thing, but with zero resistance. Bottom line that will hurt, so be careful.

During the long periods of time when your Moon surface is in the sunlight, deadly radiation will shower your home. During these times, your safest option is to seek shelter around the polar regions of the Moon.

In these cool parts, your home will remain free of sunlight for several months out of the year but will clearly be extremely cold.

Finally, be aware of moonquakes!

This hazardous phenomenon pops up very unexpectedly and is similar to moderate earthquakes.

Overall, they are not catastrophic but are fully capable of damaging your house and other structures.

These quakes can last as long as a full hour, too. Earthquakes only last for 10 to 30 seconds on average.

For the person who seeks contently dark skies, extreme hot and cold temperatures, and highly risky cave exploration, the Moon will make a wonderful new home.

Though it may appeal to your adventurous side, the Moon is wildly dangerous and unpleasant.

We fully recommend you sleep on it before making any big decisions.