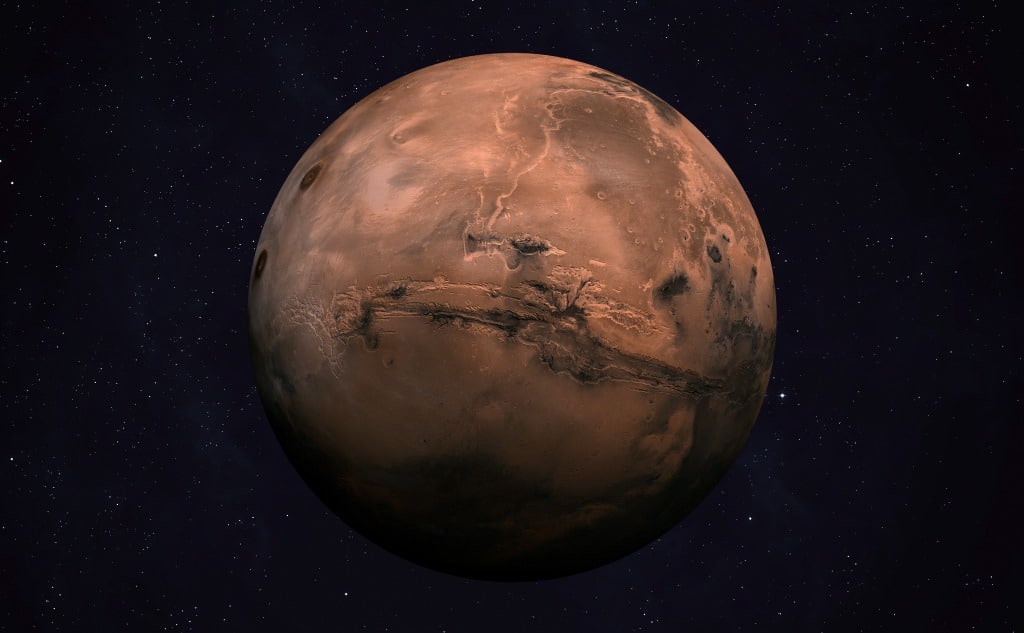 These are 10 fascinating facts about Mercury.

Mercury is only slightly wider than the United States.

So if you want to learn 5 fascinating facts about Mercury, then you’re in the right place.

Sitting in the solar system’s inner rings, nearly hidden in our Sun’s glare, is planet Mercury.

In Greek and Roman mythology, Mercury (aka Hermes) was the messenger of the Gods.

In fact, often depicted with winged shoes, Mercury was fast. And, as we’ll learn below, planet Mercury is no slouch for speed either.

Even young children know that Mercury is small. But, how small?

In fact, Mercury is only around 3,000 miles wide. In other words, only slightly wider than the United States.

Actually, even Jupiter’s largest moon, Ganymede, is larger than Mercury.

Now, since Mercury is smaller than some moons, you might be asking, “how is Mercury still a planet?”

Indeed, Mercury still does meet the International Astronomical Union’s criteria for a planet.

However, new definitions and requirements for planetary status are currently in the works, assuming the IAU agrees.

Lying a short 36 million miles from our Sun, Mercury should easily have the hottest temperatures, right?

Ironically, no, Venus holds this title.

However, Mercury still hosts some of our solar system’s most violent climates.

In fact, the side of Mercury facing the Sun can roast at temperatures of 800º Fahrenheit! But, the side facing away can chill at a low -300º.

Naturally, this may seem crazy and impossible. However, little Mercury’s atmosphere provides a simple explanation:

On Earth, we enjoy a mostly pleasant lifestyle underneath a protective atmosphere.

Sadly, Mercury is not as fortunate, having nearly no atmosphere.

As a result, our Sun’s deadly radiation pours onto the planet, all but scorching its small surface.

And, living so close to our star means much stronger heat. Ouch!

Whereas Mercury’s cooler side, facing away from the Sun, also suffers.

In fact, no atmosphere also means being unable to trap heat. Therefore, all that brutal radiation from the Sun simply bounces right back out into space. Hence, sub-zero climates on much of Mercury.

Actually, like our Moon, Mercury’s surface is covered in craters.

Throughout its almost 5-billion-year life, comets, asteroids, and other debris have pummeled the small world.

One year on Earth totals 365 days. Everyone knows this.

However, a single Mercury day lasts only 88 days.

You see, being close to our Sun makes for shorter years.

Plus, as Newton taught us, the closer together, two bodies are, the faster their gravity causes them to travel. Therefore, the Sun’s tremendous gravity makes little Mercury race around.

Also, compared to our 24-hour Earth day, Mercury only spins around its axis once every 59 hours.

In other words, Mondays would be truly awful.