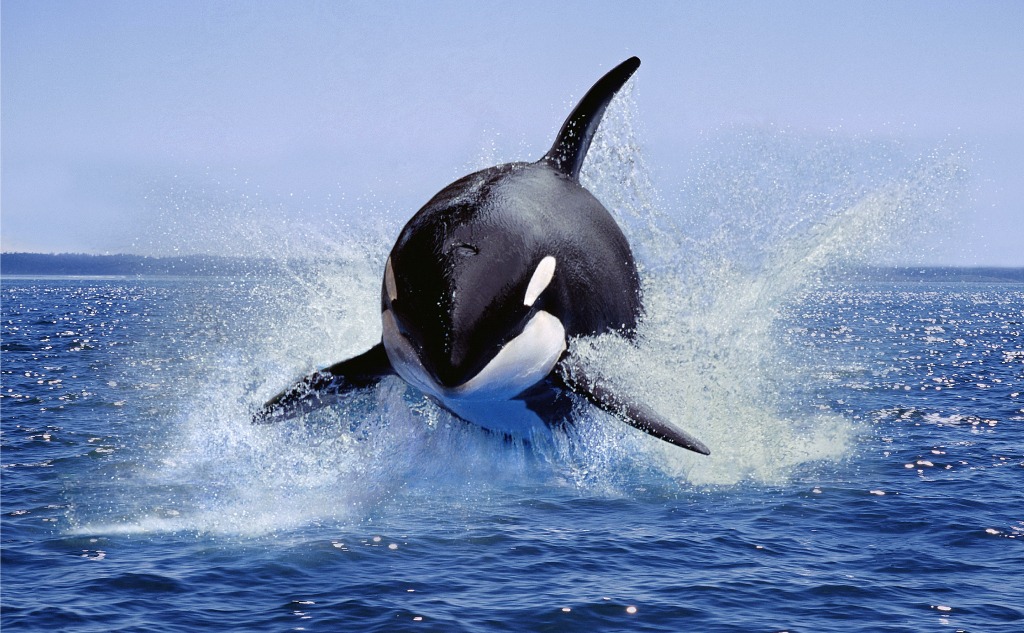 Here’s whether an orca killer whale or a great white shark wins in a fight:

The great white shark is no match for an orca, also known as the killer whale.

Orcas are bigger, braver, and more strategic. A healthy orca always wins against a great white.

Mutilated great white shark carcasses that wash up on beaches testify to the fact that orcas often prey upon them.

If you want to learn all about whether an orca killer whale or a great white shark wins in a fight, then you’re in the right place.

Who Wins in a Fight Between a Orca Killer Whale and a Great White Shark?

This is a battle of apex predators, but the outcome is actually rather lopsided.

In truth, the great white shark is no match for an orca, more commonly called the “killer whale.”

Orcas are bigger, braver, and more strategic. In a fight, a healthy orca always wins against the great white.

Mutilated great white shark carcasses that wash up on beaches testify to the fact that orcas often prey upon them. The great white is not top of the food chain.

What Happens When Orcas and Great Whites Meet in Nature?

To keep track of shark movements, a team of marine ecologists and scientists tagged 17 of the animals in California in 2009. They recorded months of great whites hunting elephant seals.

The sharks fled the scene just a few hours later.

The sharks didn’t return to the hunting area until months later. They continued to flee any time that orcas appeared.

An advantage for great whites is that they can swim at speeds of 25 miles per hour (40 kilometers per hour) for longer periods than the orcas can maintain their speed.

The sharks use this advantage to get as far from the orcas as possible.

Have There Been Fights Between Orca Killer Whales and Great White Sharks?

There have been reports of mutilated great whites washing up on shore with their livers missing as a result of orca killer whale attacks. The case that triggered the most curiosity was a 2017 incident when the bodies of five sharks were discovered on the beaches of Western Cape Province in South Africa.

There were large puncture marks on each shark, near their pectoral fins (the fins located next to the gills on each side). They were all missing their livers, so the killers must have known exactly what they were going for.

The scientists working on the case determined that only one predator is capable of mutilating great white sharks in such a manner. It would seem orca killer whales have developed a method for killing great whites without getting harmed.

In 1997, an orca was seen attacking a great white just off the San Francisco coast. The attack started with a fast and forceful blow that stunned the shark. The whale used the opportunity to flip the shark over and hold it in such a position.

The great white wasn’t able to move because it suffered from a condition called “tonic immobility.” If they’re held upside-down in water, they become paralyzed and can’t move or breathe.

What the orca did was essentially suffocating the shark before consuming it.

That was one, prominent case of a killer whale attacking a great white, but such hunts occur regularly in the oceanic depths. Orca hunting tactics and intelligence empower them to launch coordinated attacks in groups, like a pack of wolves.

Why Do Killer Whales Attack Sharks?

Orcas are a scale higher on the food chain. Any sea animal that has a body rich with fat is potential prey for killer whales.

Most of a great white shark’s body is made of stuff that is unappealing to the orca as a meal, but certain parts are a delight. When the whales hunt great hunts, they make surgical bites on their bodies.

Their favorite parts are the livers, stomachs, and testes. Considering that the liver of sharks contains high quantities of oils and fats, it’s little surprise that the orcas seek it out hungrily.

White sharks have a very large liver compared to other species, and the whale sees it as a good source of a quick caloric snack.

How fascinating is it that orcas have learned all of this and attack sharks specifically and solely for their livers?

Orca Whales and Sharks in the Past and Now

There have been many encounters between the two species. It’s even possible that the great white used to be an integral part of orca’s diet in the ancient past.

In recent years, the attacks have become more and more frequent.

Also, the earth’s changing climate has expanded the possible living areas of sharks, so the animals are moving to new environments. Orcas and great whites are simply in each other’s faces more often than they were before.

At the same time, killer whales are losing some of their common food sources and are looking for new alternative sources, including the great white shark.

The great white shark, though seeming like the scariest and most aggressive predator in the sea, is actually most often a careful scavenger that will fight only when it absolutely has to.

Great white sharks dwell around the North American coast, both on the Pacific and Atlantic sides. You can also find them in South Africa, the Mediterranean Sea, Japan, Australia, and Oceania.

Even though the animal is strong and has a carnivorous diet, a great white shark doesn’t feed on larger species. The exception is their scavenging of whales that died from sickness, old age, or battles with other whales.

Females are larger than males and are usually the leaders of smaller groups because size matters in shark families. Their average weight is around 7000 pounds (3200 kilograms).

Because their prey can be smaller fish, other sharks, birds, sea turtles, and sea lions, the great white shark developed more than one hunting strategy.

They have a different strategy depending on the size and the species of the potential prey animal.

When they spot prey with electroreception (the biological ability to detect electrical stimuli), the first thing a great white does is to go below the prey and swim up towards the animal with great stealth.

Once the shark gets to the prey, it inflicts a powerful bite. It then waits for the victim to bleed out before eating it.

In cases when the bite didn’t do the trick, the shark bites again, holding onto the animal with the lower teeth while the upper ones continuously tear the tissues.

Orcas are marine mammals, unlike sharks, which are fish. Being the largest of the dolphin species, the orcas are among the strongest predators in the world.

Their “killer whale” nickname derived from ancient sailors that observed groups of orcas taking down larger whales. That is when the sailors started calling them whale killers.

The moniker of “killer whale” often gives people the wrong idea about the animal. People take it to mean that they kill human beings, but they actually got the name from killing other whales.

Because killer whales can adapt well to any climate, you can find them surrounding most of the countries that have access to seas and oceans. They can be around the North Pole, the South Pole, and the Equator waters at the same time.

Did you know that the most widely distributed mammals on the planet are orcas? Well, other than humans, which is.

Orcas are social, intelligent, and can produce a wide array of sounds that they use for communication with each other. The sounds can be detected by other members of the group from very far away.

Orcas use echolocation to navigate, hunt, and communicate.

The sounds orcas project travel through water, bouncing off different objects and animals and shooting back to the orca. The reflected sounds reveal to the orca the size and shape of its environment and the other animals in its environment.

The average adult orca weights about 12000 pounds (5400 kilograms), which is almost twice as heavy as a great white shark.

According to Sea World, the largest identified orca was 33 feet (9.8 meters) long.

What Are the Orcas Hunting?

A handful of different hunting techniques help orcas maintain a rich diet with many varieties of prey.

For example, to catch a seal, killer whales beach themselves by jumping from the water on the land.

When they’re in groups, they form hunting parties either to attack large prey animals or schools of fish.  It’s hard to imagine that one of the large orca victims is the great white shark, but that is indeed the case.