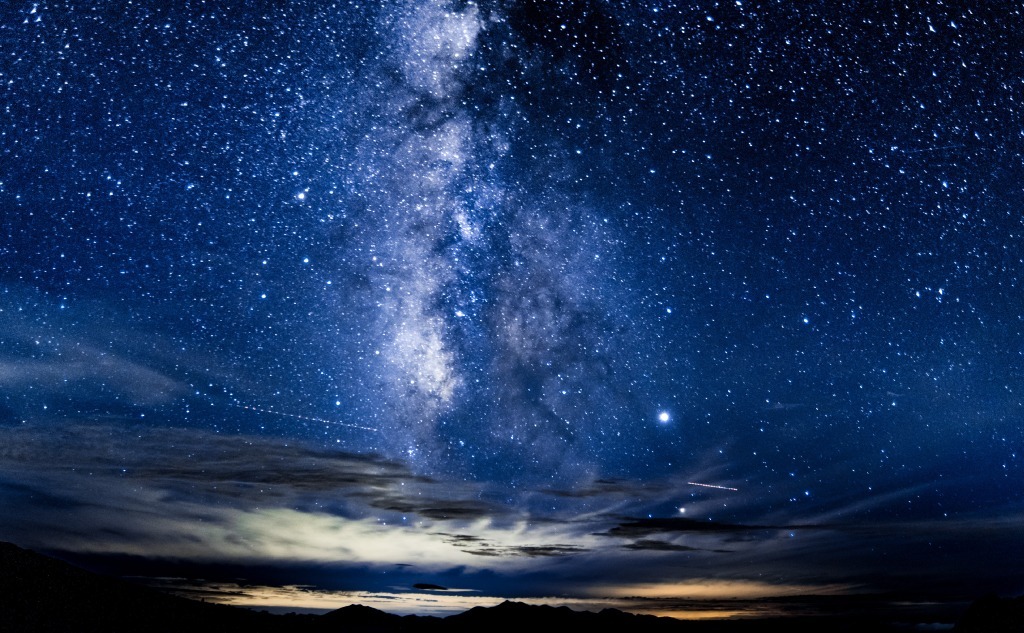 These are 10 fascinating facts about Polaris, the so-called North Star.

From that Polaris won’t be the North Star forever to that it’s 2,500 times brighter than the Sun.

So if you want to learn 10 fascinating facts about Polaris, then you’re in the right place.

Similar to Hollywood, the night sky is loaded with stars.

And, some stars are more famous than others.

Polaris, known formally as Alpha Ursae Minoris, is possibly the most famous star.

Now, you may know this star more commonly as the “north star.”

But, you may not know all of the interesting facts this bright hydrogen factory has to offer.

#1 Polaris Really Is the North Star

Our Earth spins on an axis. And, Earth’s north axis points out, 2.5-quadrillion-miles away to Polaris.

Because of this, Polaris always stays fixed directly to the North of our night sky.

Actually, Polaris has been our north star, or “pole star,” for thousands of years.

Spin a toy top, and you will notice that it spins in a wobbling cone-like shape.

Earth spins in a similar shape along its axis. But, Earth is huge!

Due to its massive size, it takes nearly 26,000 years to complete one axis spin. So, Polaris is currently on a 26,000-year reign of the north star title.

#3 Winner of Best and Brightest

Polaris is the brightest star in the constellation Ursa Minor, Latin for “lesser bear.”

You might recognize Ursa Minor more easily as the little dipper.

However, the little dipper, while quite recognizable, is not a true constellation. We call these almost-constellations asterisms.

Polaris is not simply a single star. Rather, it is a complex system containing three stars.

Polaris A (alpha), circled by two smaller, dimmer companions locked in the massive star’s gravity, is the brightest by far.

The Polaris system (mentioned above in #7) contains three stars, Polaris A, Polaris Ab, and Polaris B.

Now, when we hear “system,” we naturally think of close-knit objects. However, space is vast.

As mentioned in #7, our north star, Polaris, is actually a three-star system.

However, recent observations indicate that two more distant stars may be part of the Polaris system’s gravity.

And, if confirmed, we technically have not one but five north stars.

#7 Before Google Maps, There Was Polaris

Earth’s axis has been pointed directly at Polaris for around 2,000 years.

Although only seen from the northern hemisphere, the star has been a universal guide for centuries.

Past civilizations have relied on- and survived because of its precise location. Thanks, Polaris!

Coincidentally, Earth is currently pointed directly at Polaris. Now, Earth, of course, does have a southern side to its axis.

However, there are currently no stars in its crosshairs. But, one star, known as Sigma Octans, lies one degree from such a location. So, it is likely that in the future, a south star will emerge.

#9 Far Brighter Than Our Sun

Even at a staggering 433 light-years, Polaris shines bright in our sky at magnitude 1.97. Actually, the north star is 2,500 times brighter than our own star, the Sun.

If Polaris were our solar system’s star, the radiation and brightness would be so intense that most complex life could not exist.

Fortunately, its drastic distance makes it a brilliant compass, not a lethal weapon.

#10 The Closest Cepheid Variable to Earth

Cepheid variable stars pulsate at fixed rates. And, as they pulsate, their diameter changes, often by millions of miles.

And, even at its extreme cosmic distance of 433 light-years, Polaris is currently the closest cepheid variable to Earth.

Plus, this star type is commonly used to calculate distances by observing their change in brightness accurately. So once again, Polaris serves as a fantastic space navigator!

Primarily, people wonder why Polaris is the “North Star,” yet, it tends to appear mid-sky, as opposed to directly above.This is a fantastic question.

You see, Polaris is precisely aligned with the northern point of Earth’s axis.

Plus, Earth’s axis is not always directly “north” from where you are. This is very important to keep in mind.

From the North Pole, Polaris would appear at a neck-straining 90º, because Earth’s axis points directly above.

However, from lower longitudes, like the US, you are at different angles in relation to Earth’s axis. So, Polaris will actually appear at more mid-sky altitudes, usually between 30-40º.

When we are not directly aligned from the North Pole, Earth itself obstructs our view of Polaris. As shown in the diagram below, being at latitudes closer to the equator allow more shallow-angled views of the north star.

Polaris is over 2.5 quadrillion miles away, so moving mere thousands of miles on Earth should not make a difference, right? But, actually, it makes a tremendous difference. Geometry does not change, nor care where we are.

Overall, viewing the north star from lower longitudes will always cause it to appear lower in the sky.