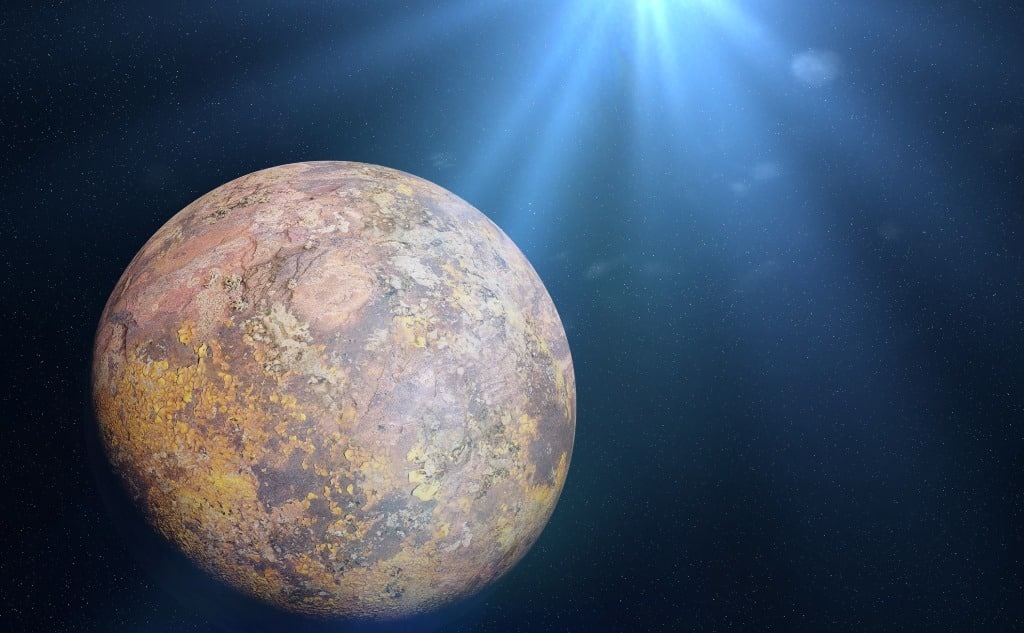 This is about the exoplanet Proxima Centauri B.

So if you want to know more about Proxima Centauri B, this is the article for you.

Proxima Centauri B looks to be the leading candidate for a cosmic home.

In recent years, the search for exoplanets (planets beyond our solar system) has been productive and exciting.

Since its official start in 1988, we have discovered over 3,500 confirmed exoplanets.

More specifically, the search is for Earth-like planets.

Most importantly, we seek planets orbiting within a particular distance from their star, known as the habitable zone. It is in this specific zone that a planet can support the presence of liquid water.

How Far Away Is Proxima Centauri B?

The exciting new exoplanet was confirmed orbiting the star Proxima Centauri, which is 4.42 light-years away.

In cosmic terms, this is right in our backyard. Truly, this is the closest star to our solar system. Now, in human terms, this is nearly 25 trillion miles away, which poses obvious problems.

Unfortunately, even traveling at 150,000 miles per hour would take us nearly 18,000 years to reach the neighboring star. But, as technology advances over upcoming decades, experts hope this time diminishes greatly.

As it has always been, the goal is to find ways to increase our travel speeds and methods.

Since light speed is the universe’s official speed limit, the goal is to travel as close to this velocity as possible.

If we could travel at light speeds someday, journeying to Proxima Centauri B would be a short 4-year voyage.

Could There Be Life on Proxima Centauri B?

Confirming that a planet orbits in the habitable zone are only one step to determining whether it can harbor life.

For instance, Venus is just inside our habitable zone and is one of the most lethal places in our entire solar system.

Like many planets, Venus likely lost its atmosphere in its young life due to the harsh bombarding materials from the Sun.

Two primary features are key for a planet’s habitability: atmosphere and magnetic field. Both items shield a planet from deadly incoming materials of stars and the rest of the universe.

Without these protectors, even planets in the habitable zone, like Proxima Centauri B, can be barren, freezing wastelands.

Part of searching for a human-friendly planet is mass.

As we see in large planets like Jupiter, too much mass creates environments entirely unsuitable for human life.

Fortunately, Proxima Centauri B is thought to be around 1.3 times Earth’s size, which is a completely acceptable (and exciting) size for a planet.

Plus, if Proxima Centauri B does still have its atmosphere, its temperatures may be as high as 86º F on the sunny side and as low as -22º on the shaded side. These are absolutely manageable temperatures for human lifeforms.

What Comes Next For Proxima Centauri B?

Similar to most astronomical findings, the next step is research, research, and more research.

Instead of jetting off to visit the newly found planet, astronomers will likely push telescopes to their limits to further investigate the world.

Regardless, this discovery marks a turning point in science. This is a shot of hope and confidence that Earth-like planets orbiting similar stars in habitable zones are not out-of-the-question.

Furthermore, finding a planet orbiting the closest star to Earth after years of observations tells us that we are likely to find these planets in many places if we continue searching. Thus, this kind of boost will only continue to heat up the search for habitable exoplanets.