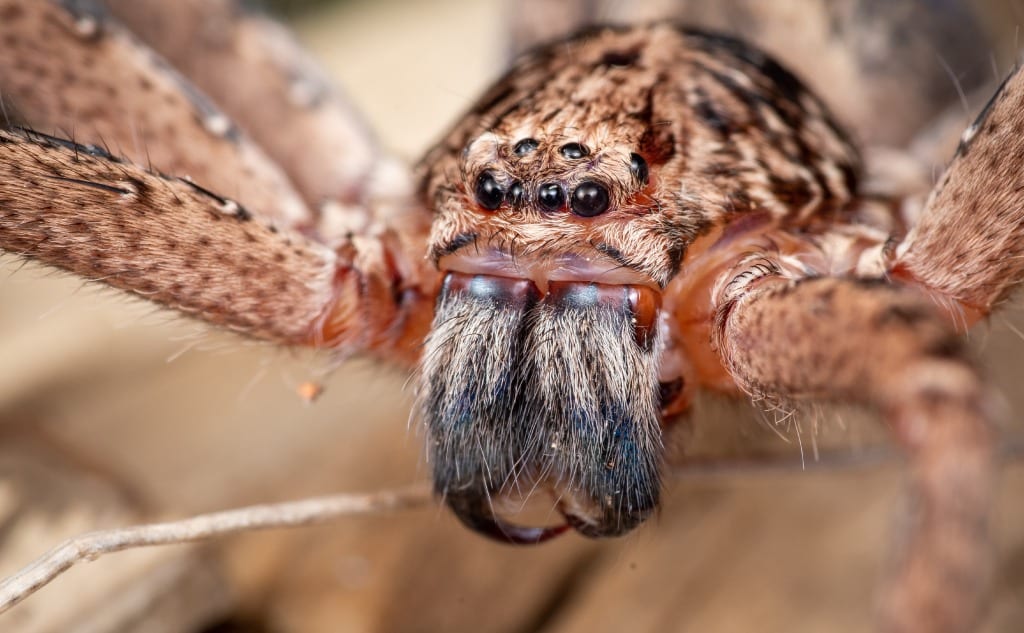 This is whether Raid® Ant and Roach Killer kills spiders too.

So if you want to know in detail why and how Raid® Ant and Roach Killer eradicates spiders, then you’re in the right place.

Have you ever considered that while you proceed against insects you don’t like, you may inflict harm on yourself by killing beneficial insects like butterflies, bees, and spiders?

Yet, when you use insecticides to fight against roaches and fire ants, you may kill many beneficial and harmless insects.

Think of it as collateral damage. This is a sad reality and something we should think about every time we use an insecticide product.

Insecticides Kill Everything in Its Path

Did you ever see the movie 40 Days and Nights?

In that movie, they discuss the importance of honey bees to survive human beings on the planet. Without honey bees, many of the foods we eat that require pollination to reproduce would not be pollinated.

Here’s something to think about: There are over one million ants for every one human being. Can you imagine what the world would be like without ants clearing away the small pieces of biscuits and bread we drop on the ground?

There are dozens of beneficial insects in and around our homes, including, but not limited to:

They all perform some important work from cleaning and clearing surfaces to controlling other harmful insects to pollinated crops we used for food. These insects reinforce the idea that “Nothing in this Universe is without a purpose.”

One of the best ways to control harmful insects is to use a predator insect to control them. This is called biological control.

What About Spiders? Are They Beneficial?

Spiders can be beneficial, but there are a few that can be considered dangerous spiders.

A few of these dangerous ones live in places with larger human populations. Still, most live in more rural or secluded areas such as deserts and forests. Here are some examples of some of the most beneficial spiders:

The bite of a jumping spider is harmless to humans. However, they control many of the flies and other annoying insects in our homes, such as ants.

Most of the jumping spider species are so selective in their preying behavior that they don’t attack the worker ants, as an example. They are one of the biggest biological controllers of ants and flies.

These exceptionally robust and keen hunters are also harmless to humans and pose no threat to human health.

Unless someone is an arachnophobe, they can grow to be almost 2 inches or 5 centimeters in size! They look scary but really aren’t.

This large family of spiders is a perfect example of the saying, “the enemy of the enemy is my friend.”

They wrap and kill wasps and other venomous insects and release a pheromone that attracts their insect prey. These prey species fly toward their web, get stuck, and become part of the spider’s dinner buffet.

There are other beneficial garden spiders, including:

So, if we indiscriminately use insecticides and pesticides, we risk destroying all types of insects.

By doing so, we disrupt the food chain and any natural biological control mechanisms. So, we should not use insecticides unless they are absolutely necessary.

Does Raid® Kill Spiders, Too?

The answer is: Of course, it can kill spiders.

Raid® contains Pyrethroids which can occur both naturally as well as synthetically.

In the case of Raid®, synthetic pyrethroids such as Imiprothrin and Cypermethrin are the main killing ingredients.

These compounds act by keeping the voltage-gated sodium channels open, putting the insect’s muscles into a hyperactive state, leading to paralysis.

All arachnids (spiders, mites, and ticks) have these channels and are equally prone to the action of these drugs.

The effect of cypermethrin on spiders has been studied for years. For all families of spiders, it has been proven toxic.

Cypermethrin is a broad-spectrum insecticide that kills spiders in two ways:

The second most important component of Raid® is Imiprothrin, a pyrethroid-like cypermethrin. It acts similarly, making it equally toxic to spiders.

When combined with cypermethrin, both these chemicals are synergistic (show more than the combined effect of both drugs), proving to be even more toxic spiders.

Hence, To Control Insects, You Should Follow These Guidelines:

The biological control of insects is often the best strategy to safeguard kids and pets from harmful interactions with insects.

Remember, insecticides can also be toxic to human beings and animals. We should work to balance safety with preserving nature for future generations.