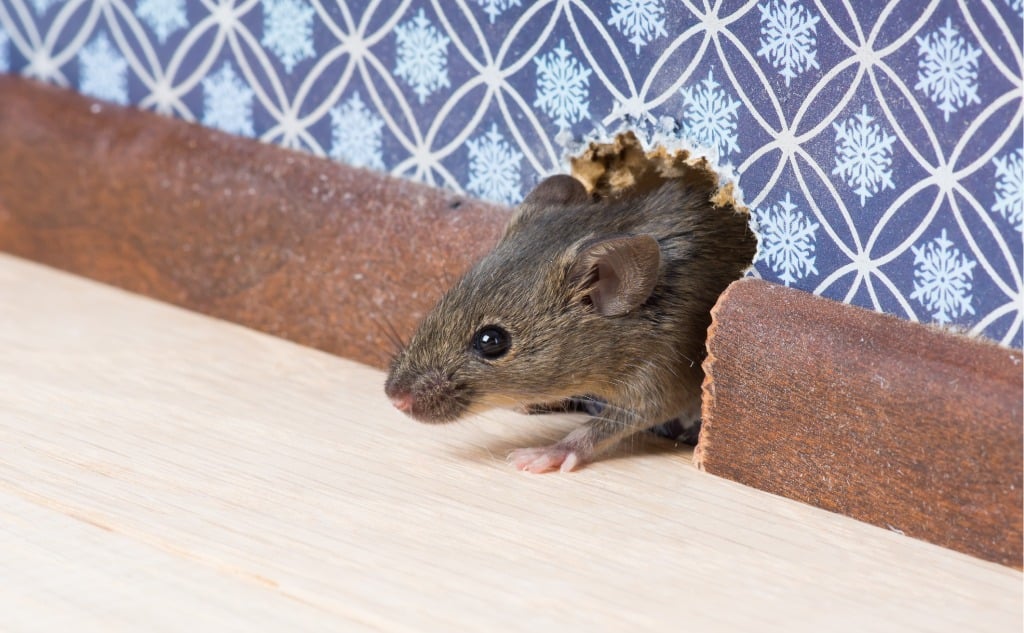 This is whether rats and mice eat or deter spiders.

Yes, rats and mice eat spiders. But do they deter them too?

So if you want to know all the details about rats and mice eating spiders and how they are deterring them, this article is for you.

Let me break this question into two parts:

The answer to the first question is straightforward: Yes, rats and mice can eat insects, spiders, and many other things.

Rats and mice are some of the most successful mammals that adapt quickly to a large variety of habitats.

One of their adaptations to congested urban environments is “to change their eating habits,” as needed.

Rats eat various food ranging from meat and cheese to vegetables to garbage and even pet food.

What about spiders? Can mice eat them?

Before getting into the debate, let us answer another question: Are spiders edible?

For example, there is a delicious dish that uses fried spiders as its main ingredient in Cambodia.

The large spiders used for this dish, considered a delicacy in Cambodia, are a type of tarantula. A group of large hairy spiders with more than 1000 species is sometimes the size of the human palm. Thailand, China, and even Mexico have traditions of eating these types of spiders.

Rats eat spiders too, but a spider meal is not the dish most liked by rats. We know this because of a study conducted in New Zealand.

The scientists observed a population of different invertebrates before and after killing invasive rats, often called “black ship rats.”

The scientists observed an insignificant increase in the spiders after the rats were killed compared to tree weta—the most delicious insects consumed by invasive rats in the country—which increased by three times.

This proves that the spiders are not the preferred food for rats, but rats can eat them.

Another reported fact is that there are incidences of “spiders preying upon rats and other mammals.”

In one study, 42 such incidences were reported. Black widow spiders and other poison spiders were involved in killing small non-flying mammals.

Spiders themselves are truly carnivorous and obtain their food mostly by capturing prey using webs or directly attacking the prey, as in jumping spiders.

What about the 2nd question?

Are spiders deterred by rats?

The answer to this question is complex and, generally, the answer is no. Let me explain. By “being deterred,” we mean the conscious fear of consequences when confronted with a particular stimulus or situation (rats in this case).

Let me ask you an interesting question:  Will your response be the same or different if you deal with two different enemies who have the same power, but you know only one of them?

Of course, it will be different. You will be concerned more about the one whose abilities are known to you. You can consider the other one as weaker or stronger depending upon your state of mind. In scientific terms, we call it a search image.

To be deterred by a situation, we must have an image of serious consequences in our minds. This image could be due to failure in a previous encounter with a similar situation. Thus, failure or success in the past becomes imprinted in our minds and influences our decision-making.

This is not true in the case of spiders. They cannot memorize things for a longer period of time.

According to another study, the little brain of the web spider is unable to store the image of the prey it hunted and will be lost after a brief interval.

So, when spiders cannot remember the image of the rats, how can they be deterred when facing them?

But, this is not always the case. Although spiders have a short memory, they are not dumb at all. On the contrary, they can sometimes have remarkable abilities for decision-making while fighting or hunting.

For example, jumping spiders, such as those in one area of the Philippines, can decide the direction of their attack on the prey depending upon the situation.

Another example is Portia, a specific type of jumping spider who is an efficient hunter that eats other spiders.

Portia hunts by sneaking into the webs of other prey spiders and produces decoy signals to attract the prey spider (the resident of that web).

The prey spider interprets these signals as an insect ensnared in the web—lunch has arrived. However, as the prey spider enters its own web, the Portia attacks.

Every prey spider only understands a specific signal. So Portia changes the signal for each type of prey spider.

To achieve success, a Portia produces a large variety of signals. She then sticks to a specific one that proves effective. Can you imagine where this military tactic comes from?

Similarly, another type of orb weaver spider, Argiope appensa, is very intelligent. When a predator enters its web, it sets its own web in motion by pumping action and makes the predator fall.

This discussion takes us to a new question:

How can spiders recognize their prey when they have only a short memory?

Most spiders capture their prey through web hunting. They are not always very specific about their prey, but some do have prey preferences. They recognize their prey by using innate search images; that is, the image of that particular prey is present in the spider’s instincts. That means the spider will attack a specific prey with each encounter.

Spiders are not deterred by rats as the images of rats are not in their instincts. This may be due to the fact that spiders are not part of the preferred diet for rats.

Otherwise, evolution would have provided the innate search image of rats as a potential predator in a spider’s mind.

The bottom line is that rats can eat spiders, but they don’t love to eat them. But the spiders are not deterred by the rats because they don’t know them.

Suppose they turn away during encounters with rats. In that case, this is due to the instinctive behavior of spiders to turn away from things larger than they are, just like humans.