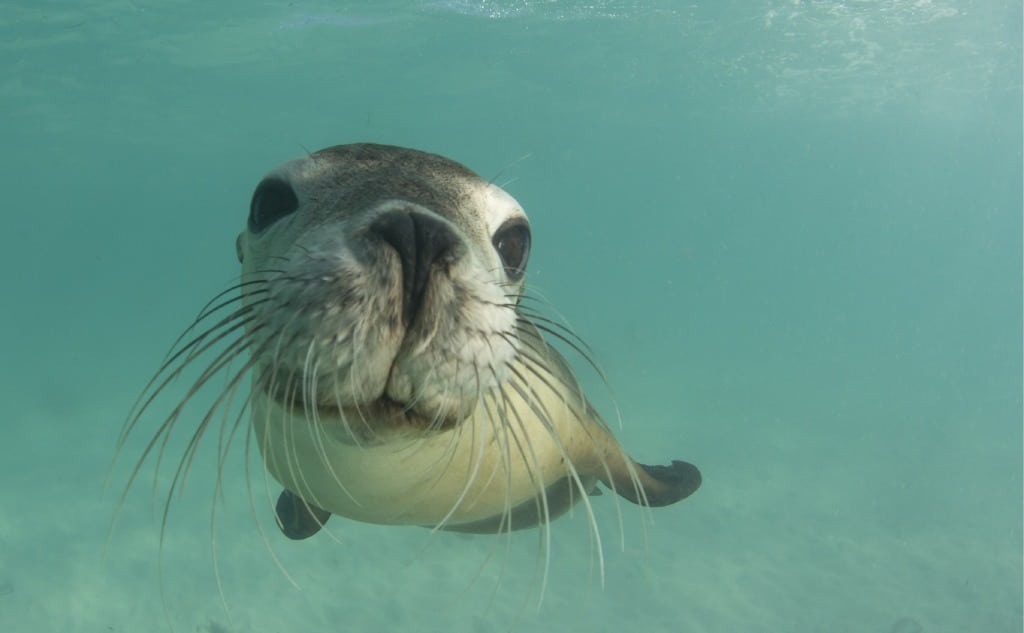 This is whether sea lions are dangerous to humans.

In short: they can.

So if you want to learn all the details about whether sea lions are dangerous to humans, then you’re in the right place.

Sea Lions Can Be Dangerous to Humans

The animosity between humans and animals is called the human-wildlife conflict (HWC). It happens when animals cause a substantial direct or recurring danger to the safety and livelihood of humans.

The phenomenon happens predominantly on land, but occurrences in the ocean are also a possibility.

It often results in the persecution of that species and its associated actions. Human-animal interaction had led to the extinction or domestication of animal species in the past.

But humans have learned to interact with animals in many different ways. As a result, perhaps the richest biodiversity of animal species is present in the ocean.

Can you imagine a creature strong enough to cause trouble to humans in the sea? It is not difficult to imagine that it is a reality. Let us have an introduction to one such giant—sea lions.

What Are Sea Lions?

Sea lions are a species of mammals found in the biological classification Order of Pinnipedia, also known as pinnipeds.

The word comes from Latin, where pinna means “fin” and pedis means “foot.” Therefore, any animal found in this Order has finned feet. Some people like to call them feather foot or wing foot animals.

Animals that fall under this Order include walruses (family Odobenidae), true seals or seals without ears (family Phocidae), and eared seals such as sea lions and fur seals (family Otariidae).

A sea lions’ Family name is literally “little ears.” If you look closely, you can see little ears on both sea lions and fur seals.

We call the babies of sea lions pups. And just like with humans, sea lion moms give birth to only one pup at a time. Twins do happen, but rarely. As with all mammals, they are nursed by their mom for about 6 to 12 months.

There are six distinct species of sea lions, which are identified by their own characteristics, lifestyle, dietary habits, and behaviors. Much like seals, they can survive both in water and on land.

Sadly, they are associated with deadly attacks on humans. Before moving towards their interaction with humans, let us briefly overview six key species of sea lions.

They are sometimes called northern sea lions. They are the largest sea lion species.

Sexual dimorphism is very prominent in this group. What dimorphism means is that males are large than females. For example, adult males can be three times larger than adult females of the same age.

The male’s necks are also glorified with hairs, much like a lion’s mane. All animals of this species are buff to reddish-brown in color.

Their geographical range extends from the Central Californian coast to the Aleutian Islands and over to the eastern Russian coast and along with Japan’s northern islands and the South Korea coast.

The most eye-catching, magnificent sea lions out there are probably the California sea lions.

Adult California sea lion females have tan fur, while males have dark brown fur. These sea lions are the ones you are most likely to see at a sea animal show like Sea World.

You may wonder why only Californian sea lions are used for shows and entertainment. The answer lies in their behavior and ability to learn. They are extremely intelligent and can learn to respond to a variety of vocal and non-vocal communication signals.

Geographically they inhabit rocky and sandy beaches of coastal islands and also the mainland shorelines along the western US, Mexico, and Canada.

These are the most abundant species of marine mammals found in the Archipelago of the Galápagos. These sea lions are commonly found sleeping on beaches and swimming in close proximity to the shores.

Their necks are thick, and the bulls are particularly thick at the chest and shoulders. In addition, the female body is slimmer and longer as compared to males.

These sea lions are commonly found in two key areas off the coast of Ecuador:

These sea lions are distinguished from other lions by their wider and shorter muzzle. In addition, their muzzle is dark brown, while the belly is pale gold or dark brown.

The sea lions are commonly found along the lower eastern and western coasts of South America and also in the Falkland Islands.

These beautiful creatures live in colonies consisting of small populations along the coastline of South and Western Australia.

Historically they were hunted for their valuable fur leading to a precipitous drop in population, about 60% over four decades. They are now listed as “endangered” on the endangered species list established under Australian law.

They are also called Hooker’s Sea Lion or even New Zealand sea lion, which is where they live.

They have sexual dimorphism.

Are Sea Lions Dangerous To Humans?

To answer this, we have to dig deep into their behavior and their past interactions with human beings.

How Sea Lions Interact With Humans?

The sea lions can have positive as well as negative interactions with humans depending upon situations.

There are numerous legends in various cultures involving positive interactions among sea lions and humans.

Peru’s inhabitants have worshiped sea lions throughout their history, which is a part of their culture. This positive relationship is often depicted in the artworks of Peru.

There are also numerous zoos and aquariums which house these animals. These organizations allow the general public to see these magnificent creatures. This situation also permits scientists to study these creatures so they can learn more about them and how to keep them safe in the wild.

Since sea lions are extremely intelligent, it is quite easy to train them to carry out various tricks for an audience at sea animal shows.

How Are Sea Lions Affected By Human Disturbance?

Despite their seeming gentleness and peaceful nature, sea lions can respond aggressively to several disturbances in the wild.

Visible signs that they are annoyed by a disturbance can range from increased alertness and occasionally displays threatening behavior such as rushing towards the water and splashing into it.

The disturbances caused by humans can negatively affect groups of pups in a wide range of ways, including temporary or permanent separation of the pup from its mom, disruption of suckling leading to an energy deficiency in the pups, and occasionally forced movement towards a distant and inappropriate habitat.

While viewing the pups may be interesting, it can also call a great deal of unnecessary stress and harm to the pups and their parents.

The effects on molting (shedding their skin) individuals include stress and energy loss due to disturbance during this important resting time and even poor digestion, making them sick.

Speedy power boats near sea lion pull-out areas risk injury to the animals in the water.

Have There Been Sea Lion Attacks?

Various sea lion attacks have been reported. Here are just a few examples:

One May Ask This Question: What Causes Sea Lions To Assault Humans?

Although sea lions are not normally aggressive towards humans, attacks on humans may occur for many reasons:

Sea lions, like many other animals, love and protect their habitat and territory.

So, if a human crosses the red line, retaliation becomes inevitable as a sea lion sees it.

Every animal in love wants to have some privacy during an intimate moment. This correlates with high levels of reproductive hormones and mating activity.

Since they are already pretty aggressive with their own kind during this time, any interference by humans will make them even madder. It is important to remember that they are focused on what they need to do during the breeding season. They just want to be left alone.

Desensitization To Humans and Illness

We should keep in mind that we humans constantly disturb their natural habitat. As a result, they may determine that they should treat us like they do any disrupter.

Sea lions follow their instincts and behave accordingly. As a result, sea lion assaults on humans are very rare. Still, whenever a human is a fool enough to cross the red line, he exposes himself to danger.

So What Happens If a Sea Lion Does Attack? What Are the Risks?

Don’t underrate a sea lion attack. Here’s how dangerous it can be for the victims.

They are large-sized flesh-eaters (with fish being their favorite food). They are armed with canine teeth. Their bite can cause severe tissue damage and even bone fractures.

As with all animals, sea lions’ saliva contains rich microflora. The victims of bites are at the risk of catching polymicrobial infectious diseases.

A novel species of Mycoplasma have been detected in the mouths of sea lions.

Bacteria present in their mouths can result in a serious and very painful condition called seal finger. The symptoms are debilitating joint inflammation and cellulitis.

Besides physically injuring its victims, sea lions’ bites can be a potential source of disease transmission to humans.

What Should You Do to Prevent a Sea Lion Attack?

Hopefully, you now see just how dangerous these animals can be if you disturb them.

So what should we do to ensure our safety? Here is some official advice on how to prevent negative sea lion-human interactions.

Just Stay Away From Sea Lions on Land

Also, it is recommended not to try to capture them to serve as pets. Harassing sea lions could result in fines ranging from $100 to $13,000.

Swimming with sea lions is an unusual experience, but some humans are courageous or stupid enough to attempt it.

Aggressive attacks by the sea lions have caused the California government to ban swimming with them in the San Francisco Bay area.

Emergency Treatment If Attacked by a Sea Lion

It is vital to acquire immediate medical treatment for the victim. In case of a bite, it is advised to rinse the wound out with a copious amount of water, apply some disinfectant, and seek medical assistance as soon as possible.

If you are traveling to some remote area, contingency plans should be established to tackle any sort of medical emergency.