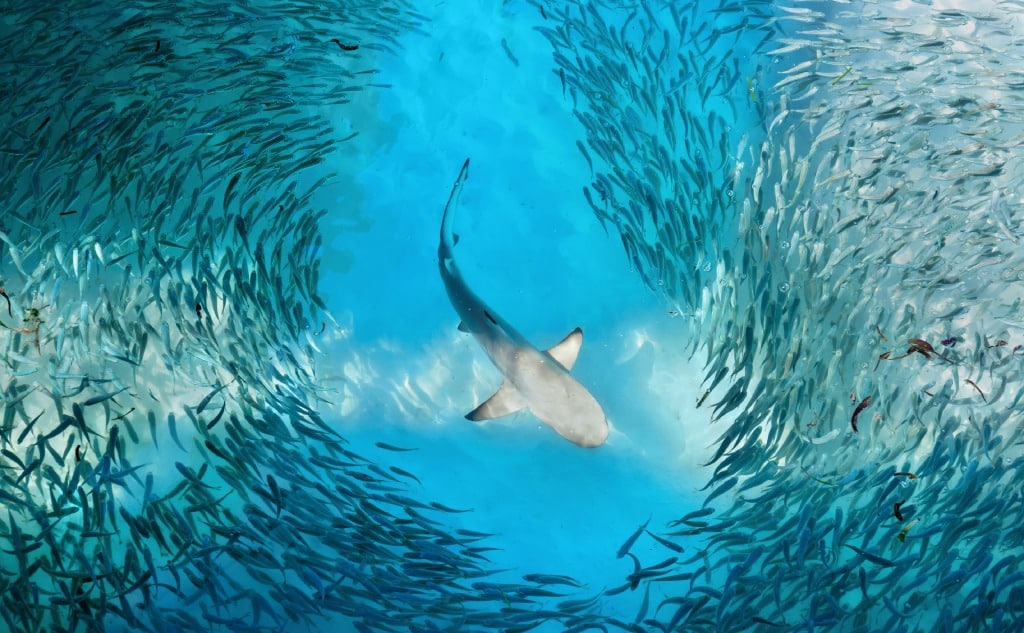 Here’s whether a shark or a lion is more dangerous:

Lions are far more dangerous to humans than sharks. Thousands of people have been killed by lions in the past decade.

A shark attack might happen occasionally, but they are not always lethal. After one bite, a shark will usually swim away after scaring an opponent off.

A lion will not back off from an attack.

So if you want to learn all about whether a shark or a lion is more dangerous, then you’re in the right place.

Who Is More Dangerous, a Shark or a Lion?

A Lion is far more dangerous for humans than any shark out there. Thousands of people have been killed by lions in the past decade.

An occasional shark attack might happen from time to time, but they are not always lethal.

Lions are not only dangerous for humans but other animals and predators too. It’s hard comparing the physical characteristics of both animal species because their biology and habitats are completely different.

What we can compare is their behavior around other living beings. Sharks are fearful and don’t like getting in trouble when there is no need to, while lions are brave and proud, so they are a lot more likely to attack.

When a shark does attack, it is to scare off the opponent and, after a single bite, it will probably swim away.

There is no backing off for an attacking lion. So when it decides to kill, it’s almost impossible to be saved.

Who Would Win in a Lion vs. Shark Fight?

If this type of fight were possible, the place where the fight would take place would pretty much be the only factor in the outcome.

A shark would beat any lion when the fight takes place in the sea, and a lion would always dominate the land against any shark. It sounds silly, but these are their biggest and most obvious attributes.

Why Do Lions Attack Humans?

While lions do not find human flesh as particularly tasty, they might see us as prey if given the chance.

You have to understand that all big cats are apex predators and that nothing is safe around them. There are many reasons why a lion might attack a human.

The most obvious reason why a lion might decide to start hunting people is hunger.

Lionesses with cubs see people as something that might harm their babies, so they react to the presence of intruders by attacking.

An injured lion can also feel threatened by human presence and try to defend himself by attacking.

How Does a Lion Become a Man-Eater?

Attacks due to lack of food or one’s injured self is a situational behavior – a man-eating lion is already a pattern of hunting behavior. If the situations repeat, they can contribute to the development of a man-eater.

The most important reason why a lion becomes a man-eater is disrupted health.

Older and debilitated lions aren’t strong enough or fast enough to hunt their usual prey. They perceive humans as easier prey and can begin to hunt them.

Dental diseases are among the top health issues that can drive a lion mad in some way. Although they use their paws a lot to give fatal blows to victims, they still need their teeth and jaws to finish a victim.

Chronic toothache might restrain them from going after the big game and focus on something not so tasty but easy to kill – us.

One theory suggests that a small population of lions starts feeding on people as a way to supplement their diet, but this simply cannot be confirmed for now.

Scientists believe that enriching their diet with human flesh is what produced the infamous man-eaters of Tsavo.

Why Do Sharks Attack Humans?

As people aren’t part of a shark’s natural diet, most of these animals are not dangerous to people but have some potential to become such.

They attack humans when they are either curious or confused. When they see something splashing in the water, sharks go to investigate the area, which can lead to an accidental attack.

There are more than 300 species of sharks swimming in the seas and oceans. Only about a dozen of shark species have been involved in human attacks.

They fear people and usually don’t want anything to do with them. On the other hand, people hunt sharks for meat, skin, fins, organs, etc.

There are two main types of shark attacks:

Unprovoked attacks are incidents that occur in the natural habitat of the shark. The humans involved in the incidents get bitten without provoking such behavior.

When the human starts interacting with the shark in some way and thus provokes an aggressive reaction from the animal, that’s categorized as a provoked shark attack.

These are bites when a diver tries to touch a shark, feed a shark, or in situations when the person is spearfishing or trying to remove a shark from a net.

A special type of attack is when sharks deliberately attack marine vessels, both motorized and non-motorized. But in some cases, you can’t see whether it’s a shark or some other sea animal and can’t attribute the attacks to them.

A shark’s diet consists of eating invertebrates and smaller fish. They are the usual opportunistic feeder, which means they become adapted to a variety of prey wherever they forage.

Can a Shark Become a Man-Eater?

No, a shark cannot become a man-eater because it’s not a predator. It’s a scavenger.

Even if it accidentally gets a piece of human flesh inside its mouth, it will likely spit it out with disgust.

Can You Survive a Lion Attack?

There is a tiny possibility to survive a lion attack if you react appropriately and if you are in luck that particular day.

Once you get in a life-or-death situation with this beast, don’t attempt to run away. That is if the lion is only trying to intimidate you. If it decides to hunt you, then your luck ran away before you.

When you are on the open plains in Africa and are attacked by an African lion without anything you can use to kill the animal (possibly guns), the chances of survival are extremely low.

Most people that were attacked by lions and got to talk about it are the ones that fell into a zoo lion pit.

Annual Human Deaths as a Result of Lion Attacks

African lions are responsible for around 200 human deaths every year. 1 or 2 of the people are either safari tour guides or tourists.

The rest are locals that carry on with their daily duties near the African game reserves.

People who want to go on safari wonder if there is a chance of a lion attacking the safari vehicle.

Of course, these vehicles are well protected, but no one will feel safe around a havocking lioness. It is very rare for wild lions to attack vehicles.

Most lions are adapted to seeing the trucks and ignore them. They know they are not a threat or prey, so they don’t bother too much.

Lions are both intelligent and lazy. What’s the point of going after something that won’t fill your stomach?

When a lion or a group of lions do approach the vehicle, you’ll be surprised to see the reason for the action.

These wild cats learned over time to use the trucks for camouflage and shade while they were stalking on prey. So, in this case, you are not the prime thing they are focused on.

Places With Most Lion Attacks

The country with the most lions and most lion attacks in the world is Tanzania. It’s not uncommon for man-eating lions to attack villages for hunting.

As the data shows, almost all of the attacks were during the nighttime, which means that the lions know when humans are more vulnerable.

Can You Survive a Shark Attack?

During 2020 there have been 57 reported shark-attack incidents globally, and 10 of them proved to be fatal.

It’s not always easy to identify which shark species were responsible for certain attacks.

That’s mostly due to the reason that the victims are in panic and can’t observe the attacker adequately. Also, for some people, all sharks look similar.

Seldomly, tooth remains can be found in the wounds and can be used as diagnostic characters. The number of attacks by shark species can be seen here.

The notorious three responsible for most shark attacks in the world include:

These three species are also among the largest sharks out there, and their bites inflict serious injuries.

You can frequently find them in areas where people are swimming. Approximately half of all shark-related incidents in the world happen in Florida.

Their teeth are very sharp and are designed to shear instead of hold onto the victim.

However, any large shark that’s 6 ft (1.8 meters) or larger is a potential threat to humans because of the power of its jaw and the morphology of the teeth.