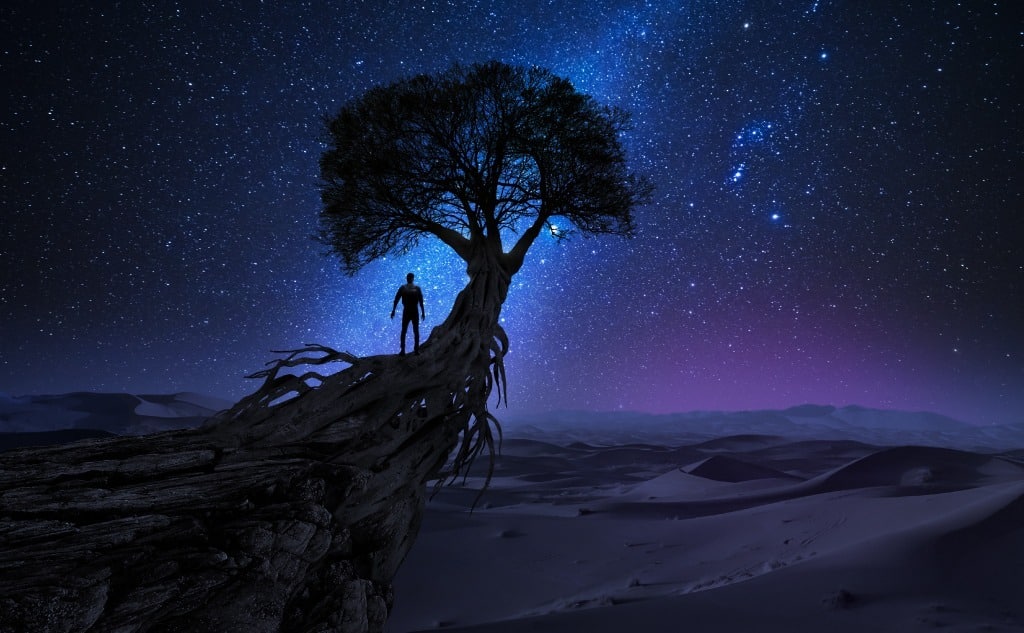 These are 10 fascinating facts about the universe.

From the accidental you to that 94% of everything is invisible matter and energy.

So if you want to learn 10 neat facts about our universe, you’re in the right place.

10 Fascinating Facts About Our Universe

Here are 10 fascinating facts about space to make you rethink your existence.

#1 The Random, Accidental … You

Furthermore, a mysterious, invisible phenomenon called gravity is the only thing keeping you glued to the dot.

Billions of years ago, random stars in space exploded, creating trillions of random atoms, like oxygen, nitrogen, and carbon.

Then, these atoms blasted outward into space, traveling billions of miles per hour in all directions.

At last, some of these atoms randomly arrived at the same place, at the same time in space.

Now, the atoms gradually combined, linking together in random combinations.

Nearly all atoms making up your body were created from exploding stars.

In fact, your body has around 7 octillion atoms or 7 followed by 27 zeros.

Indeed, any atom inside your body was created several billion years ago.

#3 How Big Is the Universe?

Firstly, there is our observable universe, the parts we can actually see.

However, they may be another universe altogether, or possibly millions, or infinite universes.

But, our universe is big. How big?

Actually, current models tell us the universe measures around 93 light-years across.

As a refresher, a light-year is the distance light can travel in one Earth year, or around 5.8 trillion miles.

Therefore, our universe is at least 550 sextillion miles wide. In other words, 550 followed by 21 zeros.

Comprising over 99% of our solar system’s total mass, our Sun is truly our main cosmic attraction.

In fact, without our star, life on Earth would never be possible. But, universe-wide, our Sun proves quite boring and insignificant.

In fact, our Sun is one of at least 100 billion stars. Ready for the real bombshell?

#5 How About All the Other Stars?

Simply put, nobody knows how many stars exist in our universe.

Furthermore, any numeric figure of stars is admittedly a pure guess, a true stab in the dark.

First, roughly 10 trillion galaxies exist. Plus, galaxies have an estimated average of 100 billion stars, based on our own Milky Way.

This leaves us with an estimated one septillion stars. In other words, a 1 followed by 24 zeros.

#6 Humans Can Look Back in Time

Nothing in our universe travels faster than light. It’s our cosmic speed limit.

However, even light does take time to reach its destination. Especially when traveling extremely long distances through space.

As a result, once the light from distant objects touches human eyes on Earth, we see how they appeared in the past. Trippy, right?

In other words, its light took 2.5 million years to reach your eyes on Earth.

Therefore, while observing Andromeda through your telescope, you are actually observing how it looked 2.5 million years ago.

Actually, even looking at our Sun (not directly, of course!) shows you how it appeared eight minutes ago.

#7 The Eerie Magic of Quantum Entanglement

Simply put, no matter what happens or where they travel, paired atoms’ bond is truly unbreakable. But, how unbreakable?

Actually, science has proven countless times that an atom’s quantum entanglement is broken by literally nothing.

In fact, even separated by billions of miles, atoms still affect one another.

Indeed, even from separate ends of our universe, atom one’s actions affect its twin, atom two.

Finally, said effect occurs instantaneously. In fact, this twin bond effect is the only thing know to be faster than light speed.

#8 Fastest spinnin’ star this side of the universe

As a result, the star twirls like a soda bottle with poked holes, swirling in a bathtub.

In other words, imagine all of Manhattan rotating 600 times in one second.

#9 How Powerful Is Our Sun?

In our lives, we’ve all been curious about the Sun. After all, it shines above us each day of our lives.

But, how much power does the Sun generate?

Actually, in one hour, our Sun could power 2.8 quadrillion light bulbs.

In other words, each person on planet Earth could have over 400 thousand light bulbs, and one hour of our Sun could power them.

#10 We Live in an Invisible Universe

Think about everything we know:

Actually, only 4% of our universe is made of this stuff we know.

In fact, the remaining 96% is invisible matter and energy, called dark matter and dark energy.

Even more spooky, we have zero clues what this stuff is.