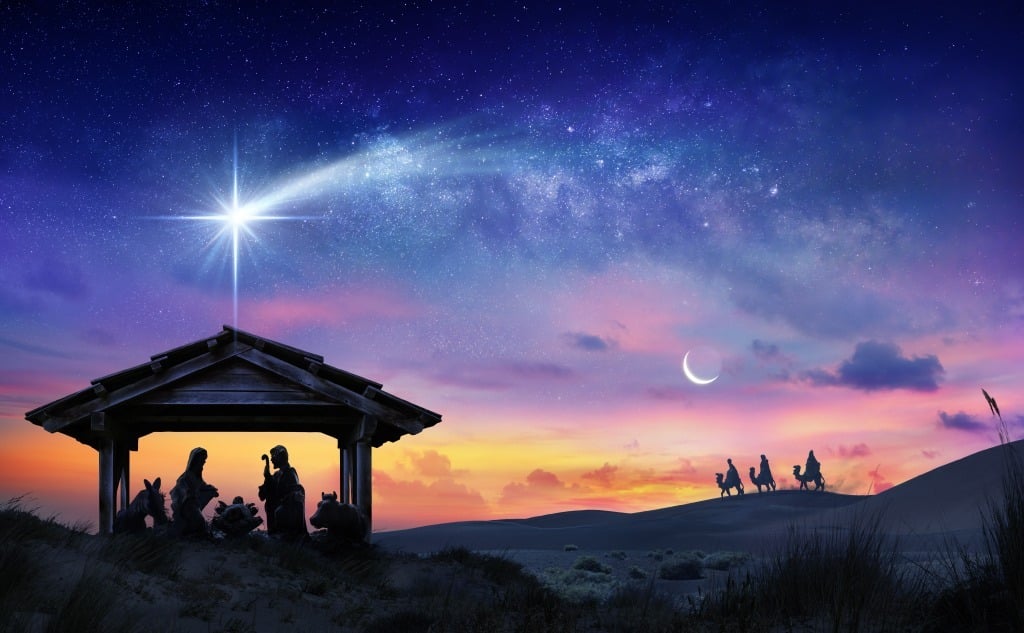 This is about the Star of Bethlehem.

You’re probably not going to see the Star of Bethlehem today, here’s why.

So if you want to learn all about the Star of Bethlehem in regard to astronomy, then you’re at the right place.

The Star of Bethlehem and Astronomy

Christmas time is a time for family, togetherness, and long-held traditions.

Plus, many spend this season reflecting on the tales told in the Bible.

Perhaps, most infamous of all is that of the “three wise men,” embarking on a journey to find a newborn king, guided by a bright star.

Infamously, the Star of Bethlehem.

But, what was the Star of Bethlehem?

Who Were the Three Wise Men?

Hailing from Babylon, the Magi read stars and interpreted the meanings of cosmic events.

Furthermore, any unusual cosmic event was revered as an omen during these times. Therefore, an abnormally bright star in the eastern sky would have been of the utmost importance.

In fact, in the Bible, the wise men “saw something when they were in their own country [Babylon], so they traveled to Jerusalem and had a word with King Herod.”

In other words, the wise men informed King Herod of the prophecy of a newborn ruler, Jesus.

Ultimately, this biblical excerpt by Matthew has been the point of a long-running debate.

What had the wise men see?

How could a star in the east have possibly guided the wise men south?

Surprisingly, there exists a rather accurate answer.

The Importance of Ancient Astronomy

“In the east,” as mentioned by Matthew, is a literal translation of an ancient Greek astronomy phrase, “en te anatole.”

Actually, this phrase refers specifically to planets rising on the eastern horizon just before sunrise.

First, the planet appears while rising.

Next, it is lost in the rising Sun’s glare.

Finally, when the planet strays far enough from the Sun, it again reappears.

The Importance of Ancient Astrology

In fact, this is especially true during biblical times.

Movements and alignments of stars and planets served as important prophecies, both good and evil.

As mentioned above, the first reappearance of a planet previously lost to the Sun’s glare is an important astrological event.

Known as a heliacal rising, planetary reappearances were powerful symbols for those born on such days.

Ultimately, certain combinations of planets rising, alignments, and other events would have symbolized an important royal birth.

Therefore, such risings and alignments may not have physically guided the wise men. Instead, a “star in the east” would have informed them that “the time had come.”

Today, many scholars believe the wise men were, in fact, very wise in astronomy, mathematics, and more.

Not to mention, they were well aware of the old testament’s prophecy of a new king.

In fact, the Magi likely observed the heavens for decades, eagerly awaiting the new king’s arrival.

Astronomically, during the time of the wise men’s journey, as described by Matthew, Jupiter would have reappeared in the morning, in its heliacal rising.

Later, around noon, Jupiter would have been occulted by the Moon.

In occultation, the Moon would have temporarily hidden or masked Jupiter.

Finally, believed to have started in April, this chain of stunning cosmic events would have continued through late December.

At this point, Jupiter would have appeared to freeze briefly in the sky before moving back westward.

Naturally, the Earth’s orbit against the starry background caused such a visual phenomenon.

Perhaps, it was Jupiter’s temporary stop that caused the object to appear frozen over Bethlehem?