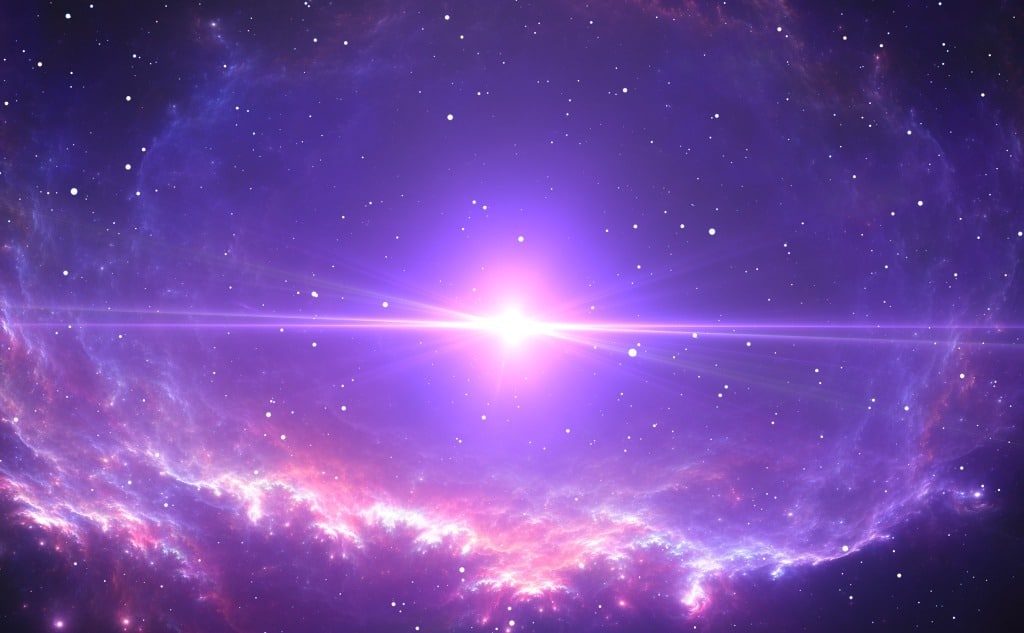 This is what a supernova is.

Supernovas happen when stars run out of nuclear fuel to burn.

So if you want to understand what a supernova is in simple terms, then you’re in the right place.

Ask any astronomer which celestial event they most want to observe.

More than likely, all will quickly answer: “supernova!”

But, what is a supernova?

How do supernovae occur?

Are we in danger?

This article brings you everything you need to know about star explosions with Supernovas Explained: The Violent Explosive Death of a Star!

Brief Explanation of How Stars Work

Stars, like our Sun, are amazing gigantic factories in space.

Deep within their cores, stars are tremendously hot.

In fact, our Sun’s core is a sweltering 27 million degrees Fahrenheit.

Not to mention, under such intense conditions, strange things start happening, like nuclear fusion.

Simply put, nuclear fusion is the fuel created and burned by stars.

However, given their massive sizes, stars create tremendous gravity, constantly pushing in on themselves.

Therefore, stars maintain a beautiful balance of pushing in and pushing out.

In fact, they maintain this symmetry for millions, billions, or even trillions of years.

What Is a Supernova?

Stars can live for millions, billions, or even trillions of years.

Actually, our Sun is nearly five billion years old and is only halfway through its life.

But, unlike humans, when stars die, they explode violently in a supernova.

And, these cosmic explosions pack the equivalent of more than a million megatons of dynamite.

What Causes a Supernova?

However, with their massive sizes, stars also create tremendous gravity, pushing back inward on themselves.

Therefore, stars maintain a fascinating balance of pushing in and pushing out.

Actually, this process, lasting for billions of years, is how stars stay alive.

Eventually, stars run out of nuclear fuel to burn. Therefore, they no longer push energy outward.

As a result, gravity easily wins, collapsing all of a star’s power and mass in on itself.

Now, the entire mass of the star is crushed down into an extremely small space.

Density and pressure become unimaginable. As a result, this smashed, tightly packed material explodes like a gigantic nuclear bomb.

In fact, this is truly a nuclear bomb, called a supernova.

How Often Do Supernovae Occur?

Actually, supernovae are constantly happening throughout the universe.

After all, there are unfathomable amounts of stars in our universe.

Therefore, the odds of one exploding are very high.

But, how often do stars explode in our Milky Way galaxy?

Well, though nobody can know for sure, a supernova within our galaxy is most likely to occur once every 50 years.

However, even our own galaxy is incredibly large.

Therefore, even a supernova within the Milky Way can easily be too far away to see.

Astronomers constantly monitor the stars around us.

Furthermore, they keep tabs on the stars that are most likely to “go supernova” next.

Supernovae explosions are among the universe’s most violent events.

Packing the power of millions of volcanoes or dynamite, they are anything but small.

But can humans actually see a supernova?

Indeed, mankind has observed many supernovae throughout history.

In fact, during the year 1054, multiple civilizations documented a supernova explosion.

Most writings noted a bright new planet that suddenly appeared in the sky.

Ultimately, the infamous explosion left behind the Crab Nebula, one of astronomy’s most recognized objects.

In fact, if a supernova occurred nearby today, it would be among the brightest objects in the sky.

Only the full Moon would outshine the explosion.

Actually, a supernova would even shine brightly in our daytime sky for several days or even weeks.

Are We in Danger of a Supernova?

The most likely next supernova candidate of the Milky Way is IK Pegasi.

A star would need to explode within 30 to 50 light-years to jeopardize Earth.

Fortunately, no stars even remotely close to such distances are prime to explode any time soon.

In fact, the most likely bomb candidate, IK Pegasi, is a safe 150 light-years away.

And, at such distances, we would see the spectacular celestial object, but avoid virtually all danger.

However, were a star 30 light-years away to explode, Earth would be in major danger.

Some, or all, of our ozone layer, would disintegrate, leaving us vulnerable to lethal radiation from our Sun.

Not to mention, phytoplankton and other aquatic food chain staples would completely parish.

Plus, essential gases in our atmosphere, like nitrogen and oxygen, would likely be ionized by bombarding radiation.

Eventually, this would cause obvious dangers to most living organisms.

Alas, Earth seems to be quite safe from supernovae for several million or billions of years.

Yet, hopefully, we will experience a supernova from a safe distance.

After all, this would be one of the most notable sights in recent human history.