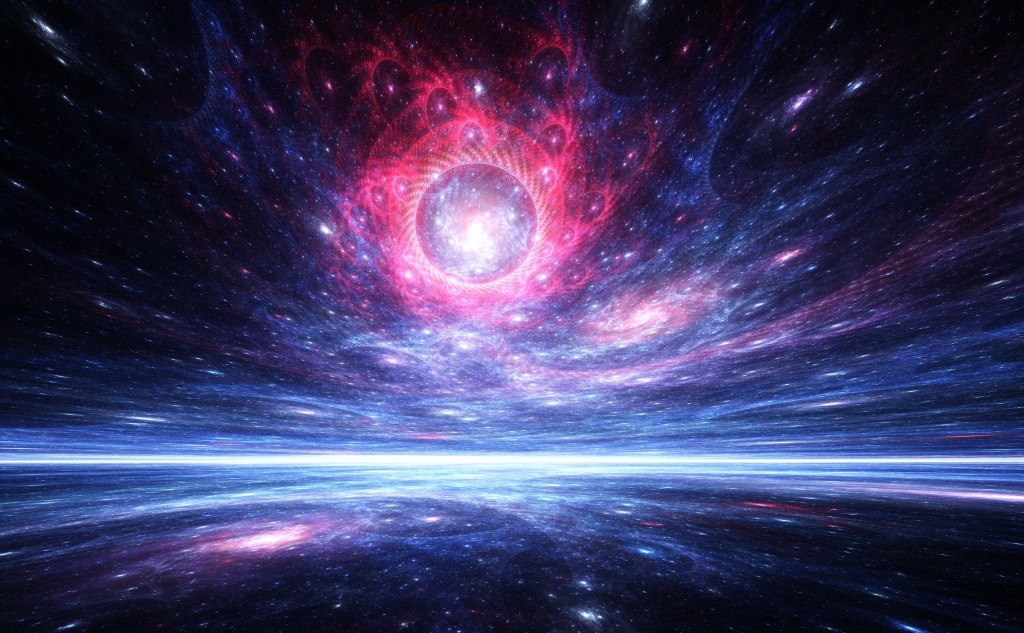 Here’s the differences between a universe, multiverse, and omniverse:

The universe is all of space and time and its contents.

The multiverse is a hypothetical collection of multiple observable universes

The omniverse is a collection of every single universe, multiverse, metaverse.

If you want to learn all about the differences between a universe, multiverse, and omniverse, then you’re in the right place.

What Are Differences Between a Universe, Multiverse, and Omniverse?

Out of these three concepts, most people may only be familiar with the universe.

Likewise, the multiverse and omniverse are new terms to some of you.

A few of you may have come across the terms omniverse and multiverse in Marvel Comics, DC Comics, Image, Dark Horse, Archie, and any other universe ever mentioned or seen, including our world, the universe we live in.

We will discuss each concept in detail and get to know and understand how different they are from each other.

The universe is all of space and time and its contents.

The multiverse is a hypothetical collection of multiple observable universes.

The omniverse is a collection of every single universe, multiverse, metaverse. You name it.

One easy way to differentiate the three is by looking at their prefixes:

Multi means multiple or more than one.

And, omni means all.

What Are the Definitions of Universe, Multiverse, and Omniverse?

A universe is the sum of all existence; that is, space, time, and all its contents. The universe’s contents include planets, stars, galaxies, and every other form of matter and energy.

A universe is everything that has been and will be observable from a certain point. The universe’s shape is seen as a sphere or a regular dodecahedron (a twelve-sided polyhedron).

A multiverse is a hypothetical collection of multiple observable universes. Each universe in a multiverse shares common laws of physics and constants, sets of elementary particles, systems of nature, and everything else in the parent multiverse.

However, the entire timeline is affected, and cosmological structures are reshuffled since the initial conditions of each universe vary.

Thus, different universes within the multiverse are called “alternate universes,” “parallel universes,” “many worlds,” or “other universes.”

An omniverse is a collection of every single universe, multiverse, metaverse; you name it.

It may only include our universe; if it’s the only one that exists, or if there is indeed a multiverse(s), it includes that as well.

Omniverse is a verse that contains everything that exists, besides other things that go out of existence.

An easy way to differentiate the three is by looking at their prefixes.

What Is the Origin of Our Universe?

Starting from the basics, we first see how the universe formed, followed by the multiverse, and lastly, the omniverse.

The universe being the unit structure, we will start from there.

The cosmological formation and development of the universe are well-explained in the Big Bang theory.

The Big Bang theory describes the birth of the universe and how all matter, space, and time came together.

Before the Big Bang, there existed an infinitely small, hot singularity.

The tiny, hot singularity expanded and had a massive explosion resulting in creating the majority of matter and common physics laws and constants that oversee our ever-expanding universe.

The Big Bang occurred in different stages from the time it began to the present universe.

Although the theory describes it as an explosion, it is not. Instead, it was a rapid expansion of matter from a state of high temperatures and high density that are considered the universe’s origin.

Some speculative theories have proposed that our universe is just one of many separate universes, collectively known as the multiverse.

One of the theories we will look at is something called string theory.

In string theory, the multiverse is a concept in which our universe is not the only one.

Many universes are formed through the Big Bang are parallel to each other.

These universes that exist parallel to each other within the multiverse are called parallel universes.

Apart from the string theory, a couple of different theories offer themselves to a multiverse viewpoint.

The “omniverse theory” has not yet been proven to be a scientific idea because there is no way to test it.

But it is believed that the omniverse is a collection, or superset, or ultimate set of every single multiverse, universe, metaverse, dimension, and realm with all omniversal matter.

Is there further possibility after the omniverse? Well, the answer is no. The omniverse is the final existence.

What Are the Structures of an Universe, a Multiverse, and an Omiverse?

Below is a not-to-scale image showing the three concepts.

As shown in the image, you can see how the universe, multiverse, and omniverse are structured in vast space.

The universe is the smallest unit in the three verses. The tiny white dots represent the universe.

The multiverse is shown as a collection of multiple universes. The small white rings surrounding the universes represent the multiverses.

The large white rings surrounding the multiverses represent the metaverses, and lastly, the vast black space is the omniverse; the final existence.

What Are the Sizes of an Universe, a Multiverse, and an Omniverse?

The universe, multiverse, and omniverse have different sizes, ranging from the smallest to the largest.

The present universe that we live in is much bigger than it looks from the point of observation.

It might be pretty difficult to fathom that it is the smallest compared to the three concepts, even with its massive size.

Some regions of the universe are too far for the light emitted since the Big Bang to have had enough time to reach Earth or space-based instruments and therefore lie outside the observable universe.

The size of the observable universe is 93 billion light-years in diameter, and it is still expanding.

One light-year is equivalent to 6 trillion miles or 9 trillion kilometers, so you can imagine how massive the universe is.

The multiverse is more prominent than the universe.

On average, the size of the multiverse is around eight quadrillion light-years (47 trillion miles or 75 trillion kilometers) in diameter. Also, multiverses are four-dimensional.

This means that even though they are pretty far away from each other, despite less movement and profuse amounts in each multiverse, they still rarely collide with one another and have a lot of space.

The omniverse is the largest of the classical verses, surpassing the multiverse or even the metaverse.

What Are the Contencts of an Universe, a Multiverse, and an Omniverse?

The universe is believed to consist of three types of substances:

Normal matter is the atoms that make up the planets, stars, galaxies, light, human beings, and every other visible object in the universe.

As humbling as it sounds, normal matter accounts for 1% to 10% of the universe, a tiny portion. Currently, in the popular model of the Universe:

Contents in the multiverse are loads and loads of potentially diverse observable universes with different laws of physics and constants.

Parallel universes are distinct universes within the multiverse that exist parallel to each other. String theory predicts that a multiverse is made up of 10 to 500 universes.

That is so vast, even beyond our wildest imagination.

The omniverse is made up of a collection or superset of every single multiverse, universe, metaverse, dimension, and realm with all omniversal substances like:

The omniverse is the final existence.

What Are Assumptions About Our Universe?

The three cosmological principles are the basic assumptions about the universe derived from observations. With these assumptions, we can build a simple model of the universe.

We do not expect that these assumptions are fully satisfied, but we can learn how and why the real one differs when comparing the model and the real universe.

This is the most basic assumption; it is not even included in some books as one of the principles.

The assumption is that the physical laws and constants discovered on or near the Earth are applied anywhere in the massive universe.

The study of the properties of stars and galaxies far away confirms this assumption.

The principle of isotropy states that the universe looks the same in all directions.

Isotropy means there are no special directions to the universe. Isotropy is independent of homogeneity.

The universe can be homogeneous but non-isotropic or vice versa.

The principle of homogeneity states that the distribution of matter does not vary with position.

Homogeneity in this context means there are no unique places in the universe. This is clearly not true if we look at the current state of the universe.

Most of the mass of our solar system concentrates on the Sun; most stars in our galaxy are on the galactic plane.

Then, in what sense do we make this assumption since we can see that different kinds of matter are concentrated in specific places.