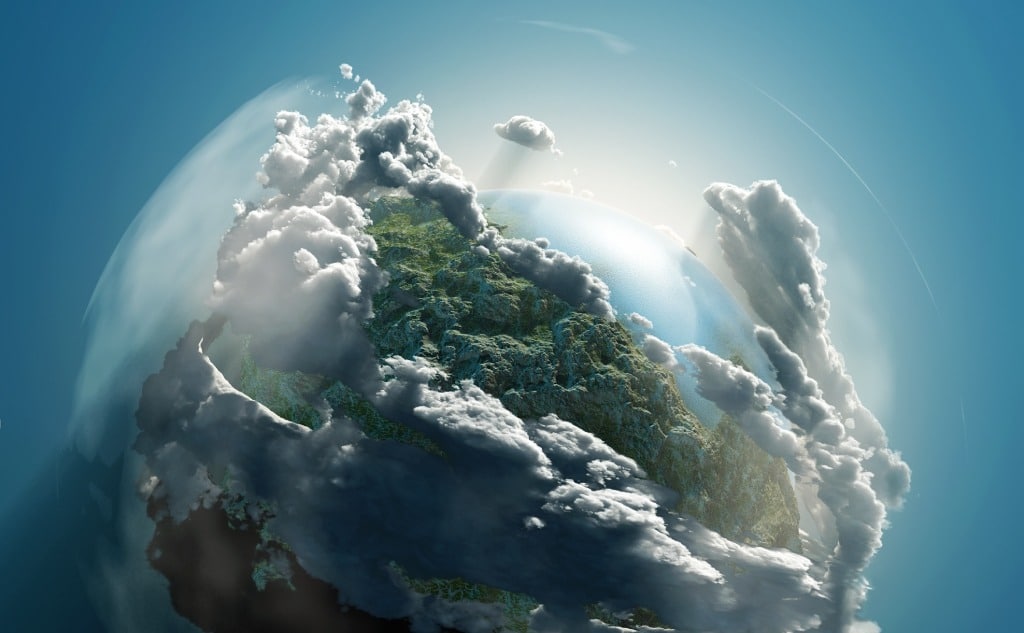 These are the 10 weirdest planets in our universe.

So if you want to learn about the strangest planets in our universe, then you’re in the right place.

No doubt, our universe is loaded with bazaar and mysterious places and things.

Like NASA’s Kepler telescope, modern technologies have allowed us to scan the heavens for other planets.

Now, with thousands confirmed, there are officially some weird planets.

But, as with anything in astronomy, new, even more, odd planets will inevitably be found.

But, as of now, here are the 10 weirdest planets in the universe:

Unlike the disappointing 1995 box office bomb, GJ 1214 b is a planet believed to be covered completely by one gigantic ocean.

And, these vast waters would allow depths thousands of times deeper than our largest Earth oceans.

Now, depending on temperatures and conditions, the waters’ phases may exist in steam, ice, plasma, and more.

Therefore, not only is GJ 1214 b one of the weirdest planets, but it’s also one of the most promising.

At less than 1 million years old, an unnamed planet orbits a star known as CoKu Tau 4.

It has long been thought that planets take several million years to form.

Plus, planets form out of discs of dust and gas long after their parent stars have formed.

So, not only is CoKu Tau 4 one of the weirdest planets, it is currently making astronomers rethink their planetary formation theories.

As of 2013, Kepler-37b is the smallest known exoplanet (a planet outside our solar system).

Only slightly larger in size than our Moon, this planet orbits close to its star. Because of this, its surface temperatures are thought to be around 800º F, hot enough to melt lead.

So, Kepler-37b may not necessarily be one of the weirdest planets, but it sure is the smallest.

Around 57 light-years away is the exoplanet, GJ 504b, a planet about the same size as Jupiter.

This large planet has a deep magenta color, but that is not what makes GJ 504b one of the weirdest planets.

Planets the size of Jupiter are rather common in our galaxy.

But, they can only form within a certain distance from their star.

Simply put, anywhere father out from the star than Neptune does not have enough debris to form a planet this large eventually.

However, GJ 504b sits nearly 44 times farther from its star than Earth from the Sun.

In our own solar system, this would be like Jupiter orbiting drastically far beyond Neptune. Because of this, astronomers now have to rethink modern theories of planet formation.

WASP-12b is one of the weirdest planets simply because of its tremendous heat.

At twice the size of Jupiter, this planet is believed to reach sweltering temperatures of 4,000º F.

In other words, not suitable for life.

TrES-4 is an absolute giant planet, ringing in at over 70% larger than Jupiter.

But its behemoth size is not what makes this one of the weirdest planets.

Despite its size, the planet only contains 75% of Jupiter’s mass. This means that the giant planet has a density similar to cork or balsa wood.

Obviously, this has astronomers a bit puzzled.

Named after the long-lived biblical character, this strange planet is thought to be around 13 billion years old.

But it’s not the age that makes this one of the weirdest planets.

Rather, the fact that this Jupiter-sized world could even exist during this time period is vexing.

It was believed that in this infant universe, planet-forming materials did not yet exist. Apparently, this was incorrect.

But, what makes it one of the weirdest planets is its speed, orbiting its star in only 2.2 hours.

In other words, if you were celebrating your 21st birthday, you would actually be turning 83,000 years old. Shots!

Also, the planet orbits a pulsar, which is a very dense, rapidly-spinning star leftover from a star’s violent death.

So, technically three things make PSR J1719-14 b one of the weirdest planets.

This ominous planet only reflects 1% of the light that hits it, hence the name dark world.

This small amount of reflection would make it appear darker than black matte acrylic paint.

It is thought that TrES-2b may have no reflective clouds because of its high temperature.

Or, it may be because the planet contains chemicals that absorb light.

Finally, scientists say it may be possible that it contains chemicals that we have not yet discovered.

In the constellation Cancer, super-Earth-sized planet 55 Cancri e is believed to contain an abundance of carbon.

Under tremendous pressures and temperatures orbiting close to its star, the carbon turns to diamond.

Hypothetically, this glitzy world was valued at $27 nonillion (that’s 27 followed by 30 zeros).

That would be over 300 quadrillion times planet Earth’s total GDP of $70 trillion.