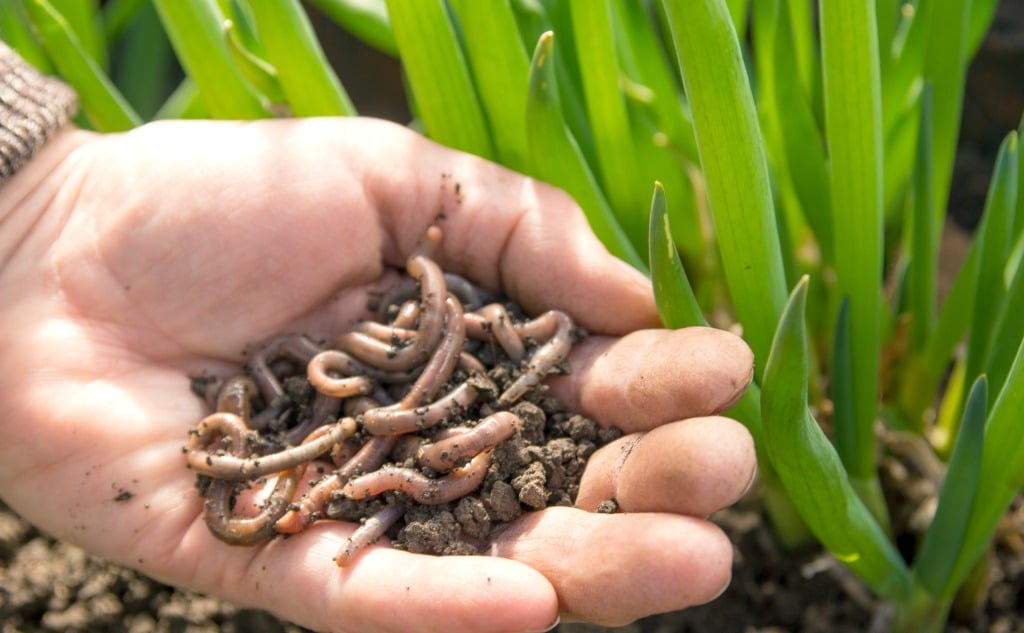 Here’s whether worms are insects:

Worms are not insects.

Insects belong to the phylum Arthropoda.

Differences between worms and insects are:

So if you want to learn all about the differences between worms and insects, then this article is for you.

What Are Worms and Insects?

“Worm” is the term that often comes to mind in various scenarios, including some of the following:

It might interest you to know that many of these organisms (living things) for whom you use the term “worm” are not worms at all.

So, Are Worms Insects?

The simplest answer to this question is no.

Worms are not insects.

In fact, there are some worms that can infect insects; for example, the horsehair worm is a parasite found on grasshoppers and cockroaches.

However, both worms and insects animals and belong to the kingdom Animalia.

The bottom line is that worms are not insects. Also, not everything referred to as a worm is, indeed, a worm. See below.

How are Worms and Insects Different?

Before we compare worms and insects, you should understand both groups of animals.

So without further ado let’s do this!

Biologically worms belong to three phyla (phylum is the 2nd level in the taxonomic hierarchy after kingdom, which is the 1st level):

They belong to the class Trematoda also known as flukes; for example, liver fluke (Fasciola Hepatica).

They are dorsoventrally compressed (compressed from the upper and lower side to make them flat), which makes them more like a flattened leaf.

This is due to the fact they do not have any circulatory system for the transport of oxygen and nutrients, so their flat bodies help their cells acquire these substances from the environment by diffusion.

They lack a respiratory system as well but have a diffused type of nervous system (made up of a network of nerve cells with no brain) and a simple digestive system with many branches that allows access to all the cells.

Most Flatworms do not have an anus; thus, they regurgitate (or vomit) undigested food through their mouth (single opening).

They have a well-developed mechanism for the removal of waste materials consisting of protonephridia which are also known as flame cells (they appear like a flickering flame due to the beating of cilia present in them).

They have special structures such as hooks (also called holdfasts) and suckers to keep them strongly attached to their host (most of them are parasitic).

Tapeworms belong to the class Cestoda of phylum Platyhelminthes and have a tape or ribbon-like appearance. They consist of a head (scolex), a neck, and a long body made up of segments called proglottids.

These worms can have long bodies and are mostly found as parasites living in the intestines of humans and animals; for example, taenia solium and taenia sagenata live in the human intestine.

They do not have a mouth but absorb the nutrients directly from their environment.

Roundworms belong to another phylum called Nematoda and are also known as pointed worms or eelworms (plant parasites).

They have thread-like bodies that are pointed at both ends. They have a distinct head, a tail, and two openings in their tube-like digestive tract.

They do not have a developed urinary system.

Segmented worms belong to the phylum Annelida and are the worms we are most familiar with.

Their bodies are divided into segments by septa (walls), and the segmentation may be externally visible in the form of rings or constrictions.

These are true coelomates; they have a body cavity between the gut and external body wall.

Other groups of worms either have no body cavity (e.g., flatworms) or a false body cavity which is also known as pseudocoelom (e.g., roundworms).

Annelids have well-developed digestive, nervous, circulatory, and excretory systems but have no respiratory system.

Annelids share many similarities with insects and are believed to have the same ancestors.

Insects are the most abundant animals on this planet and belong to the class Insecta of phylum Arthropoda.

Arthropods have jointed appendages, and most insects have three distinct bodily regions:

There are other small creatures that look like insects (e.g., ticks and mites) but are not insects by biological definition.

Unlike insects, ticks and mites have two distinct bodily regions because their head and thorax are merged.

Also, they have 8 legs instead of 6. Therefore, insects are, by definition, only those Arthropods that have:

Insects range from being edible (used as food) to being disease carriers; some can be harmful and even be poisonous.

Phylum Arthropoda also contains different classes other than Insects, some of which resemble insects but are, by definition, different.

What Are the Differences Between Insects and Worms?

For example, both are invertebrates and have bilateral symmetry (their sides are mirror images of each other).

However, there are many differences between the two groups.

Some of the important differences between insects and worms are:

If an earthworm comes in contact with high dosages of salt, it loses its water, melts, and dies immediately.

Worms are very delicate creatures and usually live in a hostile environment.

They cannot withstand dehydration in a hypertonic environment because they lack a protective covering.

This is because they use the surface of their skin for gaseous exchange.

On the other hand, the thick waxy cuticle present on the surface of insects greatly enables them to withstand dehydration.

Insects have a thick, strong, and rigid exoskeleton (made up of chitin and other materials) to which internal muscles are attached.

This exoskeleton provides protection against predatory birds and aids their movement.

In contrast, worms do not have an exoskeleton—they have a hydroskeleton—which is a mixture of circular and longitudinal muscles, collagen fibers, and the internal contents of their bodies.

They cannot grow. Therefore, immature insects shed their old exoskeletons and replace them with new ones, a process called molting or ecdysis.

Worms do not undergo molting.

Insects have a well-recognized respiratory system in the form of tube-like tracheae spread throughout their bodies.

Worms do not have respiratory systems; they depend on their moist body surface for gaseous exchange by diffusion.

Insects have developed mechanisms to run and fly.

Therefore, insects move much faster than worms which only crawl.