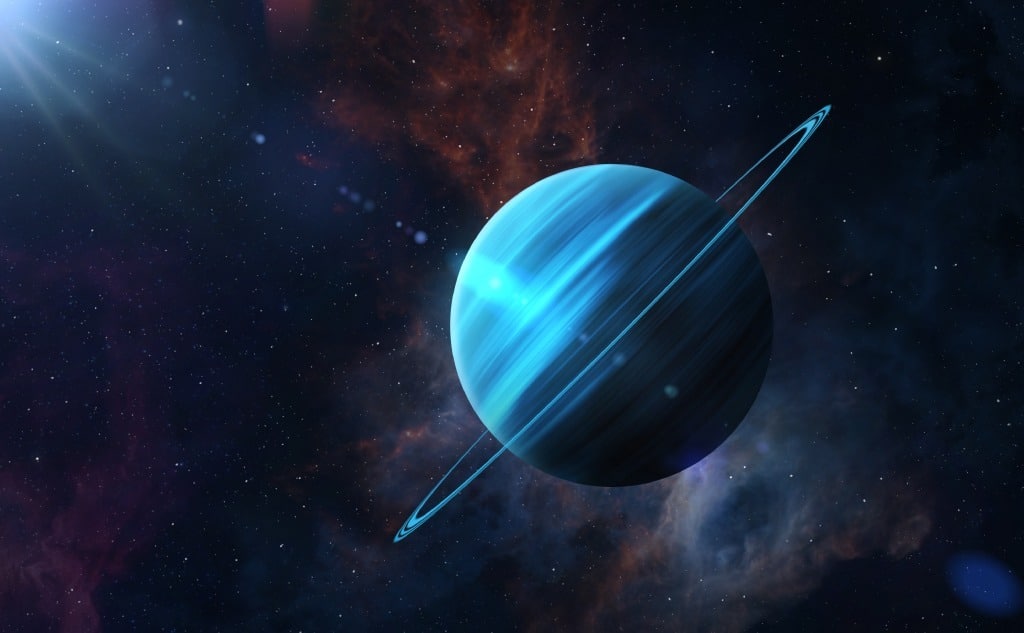 This is about the coldest planet in our Solar System: Uranus.

Neptune is the most distant planet from the Sun, but Uranus is colder.

So if you want to learn why Uranus is the coldest planet in the Solar System, you’ve come to the right place.

Without further ado, let’s do this!

The Coldest Planet in Our Solar System Is Uranus

Indeed, even in our own cosmic backyard, the solar system is full of surprises.

In fact, if you read the article about the hottest planet in the Solar System, you probably got an unexpected answer.

Well, then what is the coldest planet?

Simply put, Neptune is by far the most distant planet from the Sun, isn’t it?

And, the further a planet lies from the Sun, the cooler the weather, right?

Actually, no, because the coldest planet in the solar system is Uranus.

But, how could Uranus be colder than Neptune, which lies a whopping one billion miles further from the Sun?

Why Is Uranus the Coldest Planet in Our Solar System?

First of all, both Neptune and Uranus hold the title ice giants in our solar system.

So, no matter what, both host truly frigid environments.

Yet, Uranus remains the crowned record-holder, experiencing temps as low as -371º F. But, why is Uranus the coldest planet?

Actually, both planets host nearly identical atmospheres. Furthermore, both planets have substantial amounts of methane in their atmosphere, which is among the most potent greenhouse gases.

In other words, methane loves to trap in heat trying to enter a planet’s atmosphere.

However, Neptune holds ever so slightly higher amounts of methane.

As a result, Neptune stays consistently around 6 degrees warmer than Uranus.

Another possible explanation for Uranus’ record-breaking temperature comes from its distant past.

Long ago, it’s believed that Uranus suffered a wild collision with another space object.

Unfortunately, astronomers are completely unsure as to what struck the ice giant.

However, the collision ultimately left Uranus mysteriously flipped on its side.

Ultimately, Uranus’ core was violently disturbed during the impact. As a result, heat wildly spilled out into space.