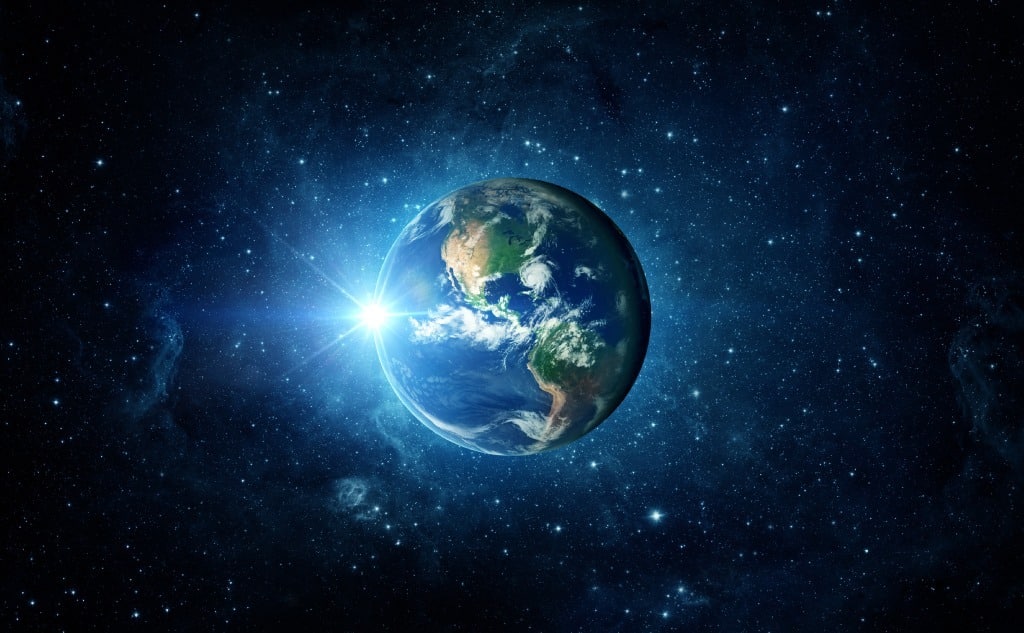 This about the Earth’s age.

The Earth is 4.6 billion years old.

If you’re wondering how we know that the Earth is 4.6 billion years old, the answer is right here.

How Old Is the Earth?

Currently, scientists are quite confident in dating planet Earth at 4.6 billion years old.

However, that is not to say we have not seen our share of shocking revelations on otherwise “bullet-proof” theories in past centuries (*cough* Earth-centered universe. (*cough, cough* expanding universe!).

But how do we know the Earth is 4.6 billion years old?

Over the past centuries, human beings have thrown several guesses at Earth’s age.

In fact, many ancient cultures simply assumed the Earth began when we did (as far as they knew, at least).

For instance, the Romans assumed that Earth was born at the time of the Trojan War.

Indeed, we humans have often taken rather arrogant approaches to our reasoning over the years.

Only to find out we were wrong––and possibly a bit self-centered.

Enter the Science-Art of Dating Planets

First of all, if we want to know how old something is, we start by finding the oldest piece.

Similarly, we begin by finding the oldest possible pieces of our planet to test to date Earth.

Fortunately, understanding how to find old pieces of Earth is rather straightforward.

Unfortunately, actually getting to these pieces is another story.

After all, by way of plate tectonics, Earth itself is trying to remain age-anonymous by recycling materials over time.

Yet, small portions of these ancient materials do survive and exist today.

Radiocarbon to the Rescue

Now, we have found materials we think could be old. So how do we test them?

Most of us are familiar with the term carbon-dating between movies, books, and high school science class.

Basically, carbon (the element of all things living) predictably decays over time.

Using these decay timeframes, we can tell, with great accuracy, how old something is.

But, we can also use other decaying elements to learn a material’s age (Uranium-lead, Samarium-neodymium, Rubidium, etc.). Each of these elements decays reliably over time.

As a result, we can understand, rather precisely, how long ago something was alive. Therefore, also understanding just how old it is currently.

You may be asking yourself, “what is the oldest material we have found on Earth?”

After all, we need this information to learn about Earth’s age, right?

To date, a small piece of zircon, found in Australia, is the oldest known rock on Earth.

Based on heavy testing, this zircon tells us that Earth is at least 4.374 billion years old, give or take a few hundred million years.

“Give or take a few hundred million?!”

Indeed, in junior high math class, a margin of this size would have certainly earned you an F. However, in cosmic terms, a few hundred million years is like an hour or two.