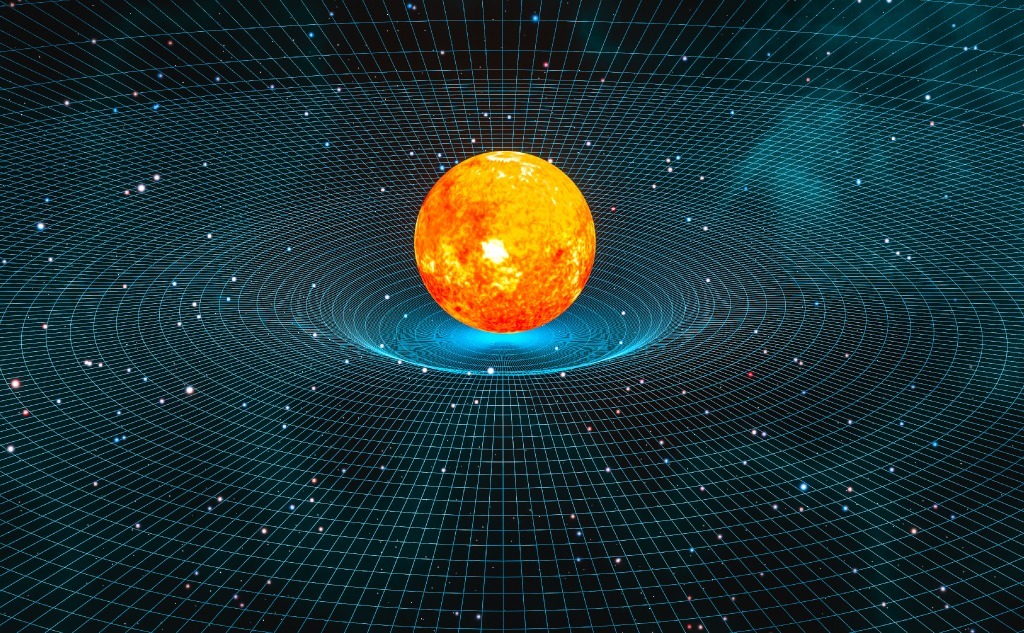 This is about gravitational waves.

So if you want to learn what gravitational waves are, you’re in the right place.

Yet, the majority of us don’t understand what gravitational waves are, let alone why they are significant to science.

Mix in some references to LIGO and interferometers, and you’ve completely lost 99% of us. It is unfortunately tough to find an easy explanation of gravitational waves.

The good news: understanding the basics of gravitational waves is not difficult.

What Are Gravitational Waves?

Space is not just an empty void like you might be thinking. It is actually a four-dimensional fabric that we refer to as “spacetime.”

When objects (planets, for instance) move through space, they affect this fabric.

Imagine dropping a ball into a pool of still water. If you drop a small ball into the pool, it will create small waves that quickly disappear.

Now, dropping a bigger ball will create bigger waves that spread much further out in the pool, right?

Similarly, bigger and more massive objects, like planets, will create much larger effects, or “ripples” in spacetime fabric. These ripples are gravitational waves.

The Background and the Discovery of Gravitational Waves

Albert Einstein predicted the existence of gravitational waves in his Theory of General Relativity in 1916.

Scientifically and mathematically, he believed that bodies of a large mass moving through space should cause “ripples” in the fabric of spacetime.

But, with no physical evidence to prove because of this, his theory was viewed as a bit “out there” by most people of the time.

Precisely 100 years after Einstein predicted gravitational waves, in 2016, we finally had our physical evidence.

A piece of technology called LIGO (Laser Interferometer Gravitational Observatory … say that one five times!) made the discovery and history.

This was the initial detection that caused the frenzy of mainstream media.

Later in June of 2016, LIGO made a second detection of gravitational waves, further exciting the science community.

LIGO splits a single laser beam into two beams and shoots them out perpendicularly.

Both laser beams travel precisely equal distances at equal speeds, bounce off of mirrors, and return.

Upon their return, the actual waves that make up each laser beam should be completely aligned with each other unless something affects them.

To make waves that spread for long distances, a bigger ball was needed, right?

So, it focused on two black holes orbiting one another, finally colliding.

Black holes are among the most massive and dense objects in our universe, so two of them colliding created gravitational waves of tremendous power.

Yet, just like our pool waves, the waves created by the twin black holes eventually fade away as they travel.

By the time they reached LIGO, they were a mere fraction of the width of an atom’s nucleus.

You can imagine how small an atom must be to fit that many inside of a person.

LIGO detected waves that were only a percentage of the size of one of those atoms … that’s amazing.

Great, but Why Are These Waves Important?

The funny thing is that we don’t actually know why gravitational waves are important yet.

But, we do have several reasons for why they could be very important:

They give scientists an entirely new way to view and study the universe.

When astronomers first realized that they could use x-rays to see things they had never seen before, it opened up several exciting new doors to study space.

They allow us to learn more about extreme cosmic events like black holes, pulsars, and neutron stars.

For instance, black holes have no light (hence, their name) send no visible information for astronomers to study them.

But, the tremendous gravitational waves they create do send us valuable information.

Some theories believe gravity is the main ingredient in time itself. If this true, gravitational waves directly affect the very passage of time, which clearly impacts everything in life as we know it.

They allow us to confirm current theories (like General Relativity), make updates to them, or create entirely new theories. This helps us become one step closer to having a concrete Theory of Everything.

I’d say those are some pretty significant reasons, wouldn’t you agree?

There will certainly be new theories and discoveries that emerge as technology advances, and more data is collected.

For now, at least you have a truly easy explanation of gravitational waves. It should be simple to impress your friends and family now.