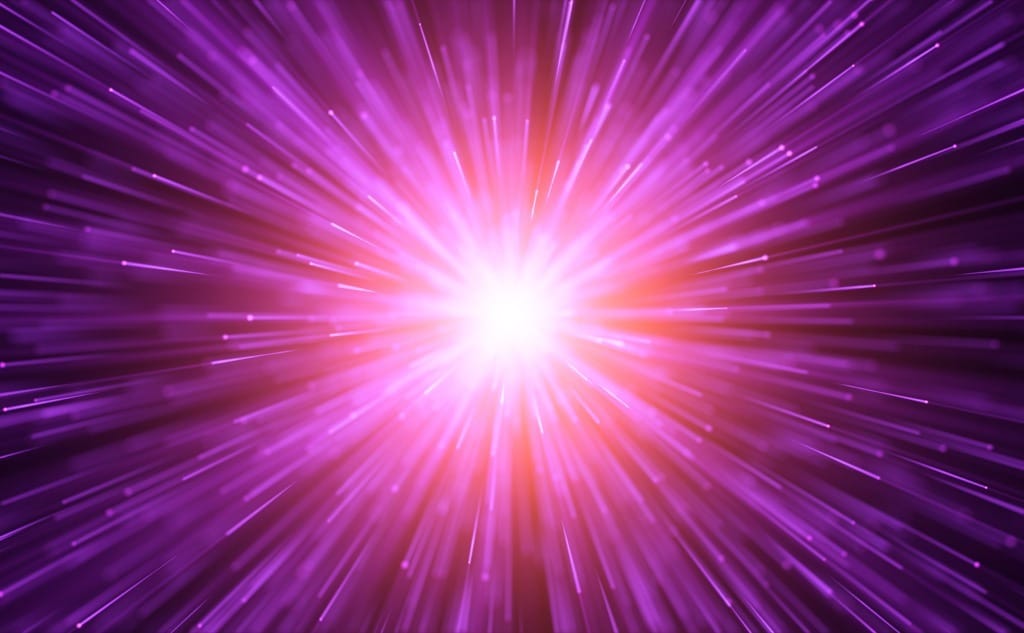 These are 10 fascinating facts about the Particle Era.

From 1 million miles in 1 second to the stuff we’re made of.

If you want to learn the best Particle Era facts, this is the article for you.

Previously, in other epochs, the universe was microscopic. In fact, epochs like the Planck Era saw a universe that was smaller than a single atom.

But, suddenly, in the Particle Era, the universe expands to more than 100-million-miles in diameter.

Not to mention, this expanse took place in under one second.

#2 A Lot Has Happened in a Short Time

As noted above (see #1), a tremendous amount of change has occurred within the universe.

Furthermore, this amazing change has happened in mere fractions of a single sentence.

And, all of this within a mere fraction of time since the big bang.

During these early time, in the universe’s infancy, things were extreme.

In fact, temperatures during the Particle Era were considered drastically “cooler.”

#4 A World of Quarks and Antiquarks

During the Particle Era, matter had not yet begun. No protons, neutrons, nor a single electron had been born.

However, during this odd epoch, the universe was filled with quarks and antiquarks.

Quarks serve as foundational particles, making up protons and neutrons.

However, when the Particle Era began, these particles were still unable to “stick” together. Hence, an endless sea of quark soup!

#5 The Most Legendary War in History

During the Particle Era, the universe begins pumping out equal amounts of matter and antimatter.

Antimatter is identical to its matter counterpart but with an opposite charge—for instance, quarks and antiquarks.

However, when the two particles come in contact, they instantly annihilate each other. All that is left is pure energy in the form of gamma rays.

Finally, all four fundamental forces were separate and unique during the Particle Era.

Plus, the universe had cooled enough for the strong nuclear force to take effect.

As the name denotes, this strongest of the forces firmly binds particles together, allowing nuclei to be created.

Ultimately, this is the first time the universe saw formal nuclei. Finally, matter!

#7 We Could Have Been Pure Energy

As mentioned previously, when matter and antimatter collide, they destroy each other, leaving only pure energy behind.

Therefore, had the universe permanently continued creating equal amounts of both matter and antimatter particles, the universe would have been pure energy.

Essentially, the universe would have remained a larger version of the big bang aftermath.

#8 Nothing Could Have Never Existed

Technically, had matter not won the legendary matter-antimatter battle, we would have never existed.

Indeed, the two particles would have continuously destroyed each other. Thus, disallowing any matter to exist. No planets, stars, galaxies, or anything else.

After all, everything we know is made of matter.

#9 We Are All Here Because of the Particle Era

You, your family, your friends, pets, and everybody else are made of it. Therefore, the matter-antimatter battle during the Particle Era ultimately created… us.

Basically, an event that lasted less than one millisecond gave way to everything we know in our existence. Mind blown?

#10 One of the Universe’s Greatest Mysteries

Somehow, in a seemingly dead-even match-up, matter won out over antimatter.

Plus, the entire war took place in less than one second during the Particle Era.

However, nobody has a clue how or why matter won. For all we know, antimatter could have just as easily won.

Fortunately, matter won, allowing life and everything we know to occur.

Yet, this remains one of astronomy’s greatest unsolved mysteries.