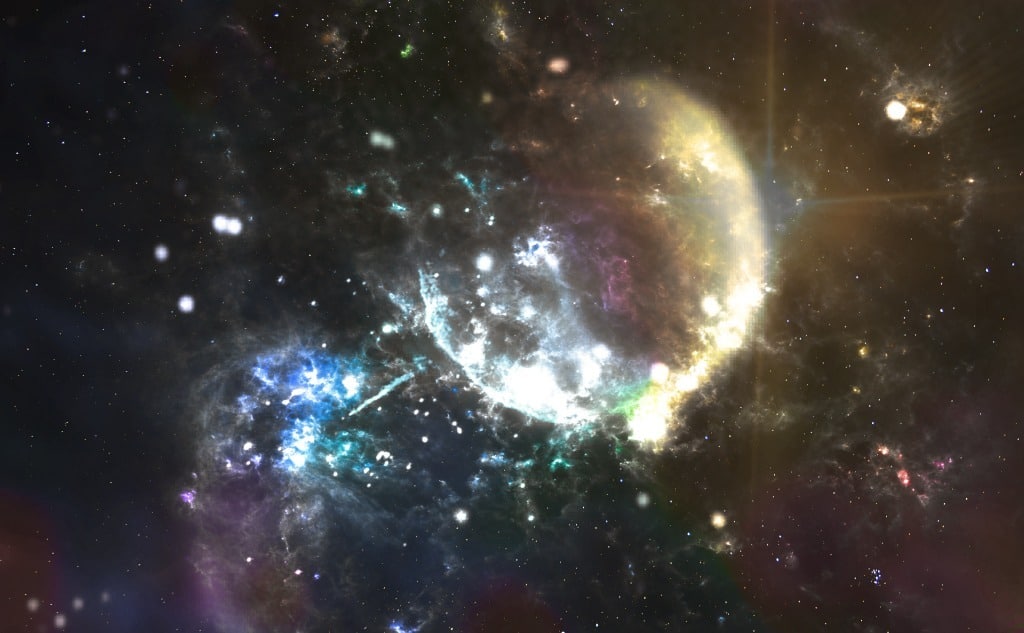 This is about pulsars.

In short: Pulsars are neutron stars.

So if you want to learn what pulsars are in simple terms, then this article is for you.

First discovered in 1967, pulsars are among the universe’s most exotic objects.

Later, they would find that these mysterious signals were actually distant pulsars.

But, what are Pulsars?

First, we need to learn more about stars.

The Life and Death of a Star

In fact, more than 99% of our solar system’s mass is in the Sun.

Plus, our Sun is considered to be a run-of-the-mill star in nearly every way.

Converting atoms into energy through nuclear processes, stars are gigantic, natural factories. This energy is their blood, their fuel.

Reaching their final days, stars run out of nuclear fuel. Now, no longer able to fight their own gravity, the star crashes in on itself.

Depending on several characteristics, the star dies in one of many elaborate ways. And, one of those ways is turning into a neutron star.

Now, crashing in on itself from gravity, the star’s core is crushed.

In fact, only a densely packed ball of neutrons remains.

And, this neutron ball is extremely dense, packing a star’s mass into a diameter of only 10-20 miles.

Jets of energetic particles now burst from both poles of the neutron star.

Imagine a soda bottle floating in a bathtub. Poking a hole in the bottle’s bottom causes a tiny jet of air, making the bottle spin around. Similarly, the neutron star’s powerful jets cause it to spin.

So, What Are Pulsars?

Because pulsars are neutron stars.

Neutron stars’ jets (explained above) act like lighthouses. Spinning around, beams of x-rays swirl through space.

Astronomers use these cosmic beacons to search for and study neutron stars. But, neutron stars whose beams pass directly over Earth are called pulsars.

In the late 1960s, several cases of unexplained radio signals confused scientists. Blinking at consistent intervals, these mystery signals were actually the distant jets of pulsars.

Sweeping across Earth-like beacons, pulsars’ jets allow us to study and learn more about these fascinating objects.

Now, astronomers have discovered thousands of pulsars. And, each serves as a window in which we can learn about stars and our universe.