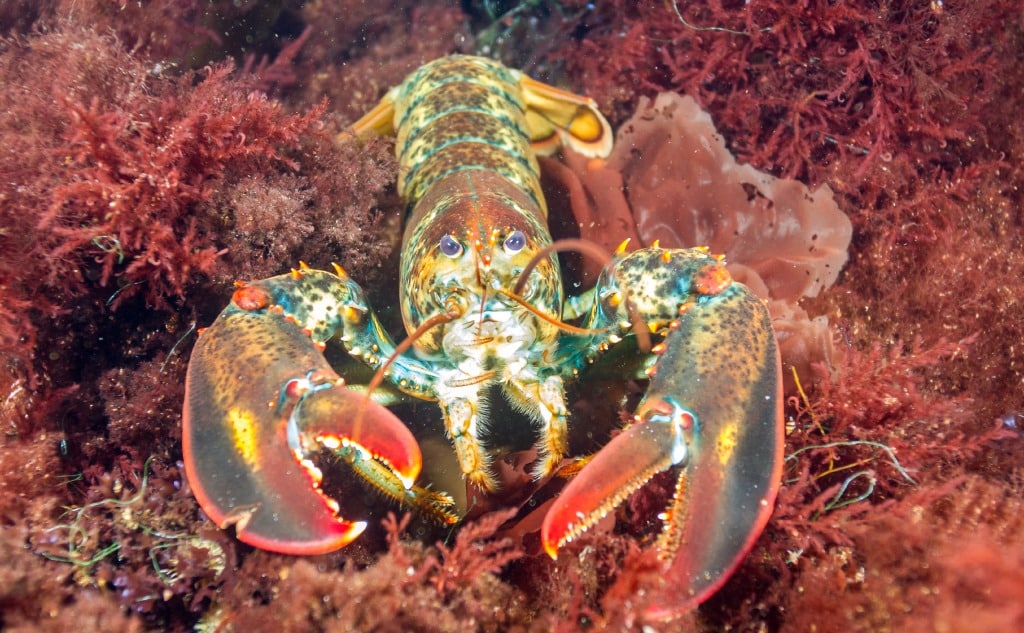 This is about whether shrimps or lobsters are insects.

So if you want to know why shrimps and lobster aren’t insects, then you’re in the right place.

Shrimps and Lobsters Are Not Instects

This question might come to mind while sitting at the dining table looking at half-cooked shrimp prawns, expressing love or hatred for those tiny little creatures served on your plate.

Your taste in seafood depends upon your culture. Some people around the world might be surprised that someone would eat seafood.

The bottom line is that the shrimps and lobsters (crustaceans) may look like insects, but they are not insects by any definition found in biology.

Both crustaceans and insects are arthropods, and both can be used as food. But the crustaceans are definitely the more popular dining fare.

Let’s take a closer look at how shrimps and lobsters differ from insects:

To understand the characteristics of shrimp and lobster, you must know a bit about their class Crustacea of phylum Arthropoda.

This class, which now can be designated as a subphylum, contains over 67,000 species which includes, but is not limited to:

Crustaceans range in size from:

Most crustaceans are aquatic, but some are terrestrial such as hermit crabs and woodlice.

The bodies of crustaceans look similar to insects:

But, crustaceans are different to insects.

Okay, How Are Lobsters and Shrimps Different From Insects?

Number and Shape of Legs (Appendages)

So What Are Shrimps?

Whenever I hear the word shrimp, it reminds me of the character Bubba of the movie Forrest Gump and his historic words:

Shrimps range in size from:

Most shrimps live in the sea (marine) environments, but some live in freshwater, such as the red cherry shrimp, the tiger shrimp (according to some studies).

What Do Shrimps Eat?

Most shrimps are omnivores, i.e., they eat both vegetations such as algae and non-veggie foods.

Cleaner shrimps eat the necrotic tissue from the fishes they groom.

Some shrimps are filter-feeders, i.e., they sieve the water through their body and eat the sludge and grub.

Obviously, they don’t have a larynx (voice box), but snapping shrimps close their claws in a way that creates a sound.

Sometimes, shrimp colonies become a major source of noise in the sea and can interfere with the underwater communication systems.

Body Parts of a Shrimp

Their body is made up of two parts:

Most shrimps are decapods (having 10 pairs of appendages), such as the common commercial shrimp called “true shrimp.” But, there are a lot are non-decapods as well, such as tadpole shrimp and opossum shrimp.

So What Are Lobsters?

Have you ever eaten a lobster tail?

The very first time I tried it, I thought I was about to vomit because I didn’t know how to eat it. Once I learned, I found it is very delicious food to eat.

These thick-tailed, clawed cousins of shrimps are a somewhat pro-max version of shrimp.

They seem to be a combination between a shrimp and a crab.

Lobsters are omnivores. They eat:

They live in burrows and crevices on the seafloor.

Body Parts of a Lobster

They have short abdomen (contrary to shrimps) and may or may not have large claws.

Spiny lobster and slipper lobster don’t have claws and are not related to clawed lobsters.

Lobsters are decapods too, but their legs are not fully adopted for swimming as in shrimp. They walk like crabs. Some of them may swim.

Like shrimps and insects, lobsters have to shed their hard exoskeleton to grow in size because the exoskeleton is not living tissue.

Contrary to vertebrates, they can add new muscular tissue during their adult life and may reach up to 44 pounds (a world record).

They use antennae as their sense organs more than their reflective eyes.

They may reach up to 50 years of age but remain young due to an enzyme called telomerase which works to repair their DNA segments.