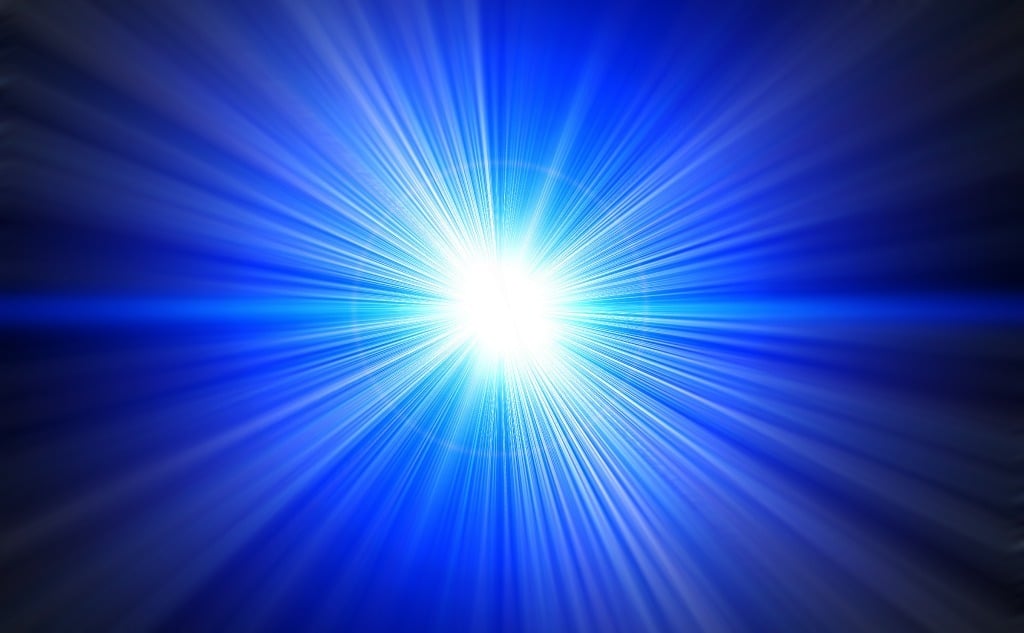 This is your mission 00 of the epochs of the Universe.

Everything started with the Big Bang.

So if you want to travel back in time and experience the Big Bang, then this article is for you.

Mission 00 of the Epochs of the Universe – Big Bang

The Big Bang is a theory that explains the birth of the Universe and how all matter found in the Universe formed.

However, theoretically, it does not actually explain the Universe’s birth but rather tries to explain how the Universe was formed from a very tiny, hot, dense state to what it is today.

So, let’s learn more about the Big Bang and see how it all began.

During the Big Bang, the Universe is in its initial state of high temperatures and high density.

Today, astronomers, cosmologists, and space scientists have concluded that the Universe we know today started with a hot, tiny single point (a singularity).

The single point expanded and exploded, resulting in creating the majority of the matter that currently exists and creating laws of physics that oversee our ever-expanding cosmos.

At this point, has this tiny, hot singularity expanded and exploded to form stars and galaxies?

Did time, energy, and space exist before the Big Bang?

Let’s dig deeper into the details about the Big Bang.

The Big Bang has different stages. But, first, let’s talk about the initial phase when the tiny, hot singularity exploded.

After the explosion, the Universe did not expand instantly; instead, it was still very minute. Therefore, we refer to the size of the Universe at this point as “infinitely small.”

From the word Big Bang, you might think it was a massive explosion, but that is not the case. Instead, it was a rapid expansion of matter from a state of extremely high temperature and high density that is now considered the Universe’s origin.

When you check the mission data, you can see that the Universe’s age during the Big Bang was unclear or even nonexistent before Big Bang.

There is no theory to confirm or explain if time existed before the Big Bang. Although the human mind cannot imagine a universe without time, cosmologists and astronomers have not developed possibilities or explanations about this notion.

There is also an assumption that the production of light occurred during the Big Bang.

The truth is the Universe was still very dark and opaque until the moment of first light, which was between 240,000 to 300,000 years after the Big Bang, known as the era of recombination. This is because the stars had not formed until the recombination era, so there is no light emitted.

So how did the Universe come to be as it is today?

You’re probably wondering how the Universe could form from just a very small singularity to what it has expanded to now.

Can you imagine living in a Universe that was such an infinitely small point? The initial state of the Universe before the Big Bang was high temperatures and high density.

As time goes by, the temperature drops gradually as the Universe undergoes a period of accelerated expansion.

In a singularity, the volume of space is zero, or, in other words, the curvature of space-time is infinite.

Cosmologists and astronomers believe that such a singularity only exists at the core of a black hole, which happens when a supermassive sun reaches its end and collapses.

The volume of the singularity is infinitesimally small, so you can imagine how the pressure could be catastrophic.

As you know, the relationship between pressure and volume is indirectly proportional. So if the volume is low, then the pressure is very high to the point of being intolerable.

What is Really Happening? The Scientific Explanation

Let’s look at the scientific explanation for how it all began:

The size of the Universe is infinitesimally small during this epoch. You could not even observe it with your eyes until it started expanding.

This expansion of the Universe is inferred from a combination of theoretical physics and direct astronomical observations.

At this point, all of the parameters—i.e., volume, temperature, density, and pressure—are all infinite.

Nothing can form in such conditions since particles do not even exist to start creating matter. Also, light still does not exist for the same reason.

It is also essential to note that space and dimensions did not exist at the time of the Big Bang. Instead, they came into existence when hot, tiny particles expanded.

Contrary to what people believe, the Big Bang was an explosion. There was no pre-existing space for the explosion to happen. The Big Bang refers to the expansion of the Universe.

Have you ever wondered what happened before the Big Bang?

Well, this can be a very tricky question if you believe that the Big Bang was the birth of the Universe.

So the theories and assumptions about what existed before regarding time are largely speculative because we have no information to base those theories on.

The answer may, however, not be satisfactory to some humans who want a cause-and-effect theory.

The reasoning is that if Big Bang was an event that occurred due to something, then there must have been a before, which no one knows about.

The Big Bang Theory can only be explained by using equations rooted in the general theory of relativity, indicating a singularity that existed at the beginning of interstellar time.

In other words, we still have no knowledge on what time scale it happened or what really existed before it.

In general, the Big Bang is an event that gave birth to the observable Universe 13.8 billion years ago.

The initial state of the Big Bang was extremely high temperatures, density, and pressure, yet the volume is minimal. At this point, nothing really exists. Even light does not exist.

The assumptions and speculations about what happened before the Big Bang are still unclear and hypothetical. Currently, we cannot adequately explain how time, energy, and space came into existence.

However, suppose you reached a point of high initial states or true singularity. In that case, the laws of physics should take effect, which will then explain time, energy, and space.

The Big Bang was not an explosion but rather a rapid expansion that has been evolving based on the collective gravitational effects of all the matter in the Universe.

Now that your mission regarding the Big Bang has been completed, I bet you want to know about the next stage or epoch known as the Planck Era.

Here is some additional information on Mission 00—Big Bang:

Evidence for the Big Bang Theory

What’s the evidence behind the Big Bang theory?

The expansion of the Universe is inferred from a combination of theoretical physics and direct astronomical observations.

The Big Bang did not occur as an explosion of matter into an empty Universe.

The Universe did not expand into space because space did not exist before the Universe. Instead, space itself has been expanding with time and carrying matter with it, hence the big bang.

Edwin Hubble discovered that the Universe is not static and that it is constantly expanding.

Hubble’s telescope observations revealed that the Universe was expanding quite slowly earlier in time compared with today.

So, this means that the Universe was expanding slowly, not due to gravity, but rather was incomprehensibly accelerating due to a force called dark energy by making matter repel matter.

Hubble discovered that the farther away objects are from Earth, the faster they move away from us, which became known as Hubble’s Law.

Abundance of the Lightest Elements

The abundance of helium, deuterium, and lithium is another way the Big Bang Theory has been strongly verified.

The Big Bang Nucleosynthesis theory predicts that roughly 25% of the elements in the Universe consist of helium, 0.01% deuterium, and small quantities of lithium. This prediction depends on the density of baryons during nucleosynthesis.

According to the Big Bang Theory, the Universe was initially very hot and dense. Then, as a result of the expansion of the Universe, the radiation cooled to about 3 degrees Kelvin.

Arno Penzias and Robert Wilson discovered in 1964 that radiation existed beyond the Milky Way using an antenna they built for research on radio signals.

The cosmic microwave background radiation that they observed was leftover heat from the Big Bang. So this is convincing evidence for the Big Bang. Furthermore, this radiation was found to be roughly the same as that of a blackbody spectrum.

The CMBR is only 2.75 Kelvin (-270.4 0C), which is 2.725 0C above absolute zero. This is because the temperature of the radiation is very low due to the expansion and cooling of the Universe.

What are the Problems with the Big Bang Theory?

Like with any theory, a couple of problems have developed with the Big Bang Theory. However, some of the problems may have been resolved with what is called the Inflationary Theory.

The Wilkinson Microwave Anisotropy Probe (WMAP) determined the curvature of the Universe to be almost flat. According to the Big Bang, the curvature grows with time.

For the Universe to be as flat as we see it today, some conditions in the past would need some adjustment, like the critical density being at zero, which would be an implausible coincidence.

By assuming the Big Bang Theory, the distant zones of space in opposite directions are so far apart that they could never have been in causal contact with each other since the time light takes to travel between the regions surpasses the Universe’s age.

But then again, the uniform cosmic microwave background radiation around the regions shows that these regions must have been in causal contact before the beginning of inflation.

The Big Bang predicts that magnetic monopoles should have been produced efficiently in the hot, early Universe, resulting in a higher density than what was observed.

However, no magnetic monopoles have been observed in the Universe. If any are ever found, their number will likely be fewer than predicted in the Big Bang Theory.