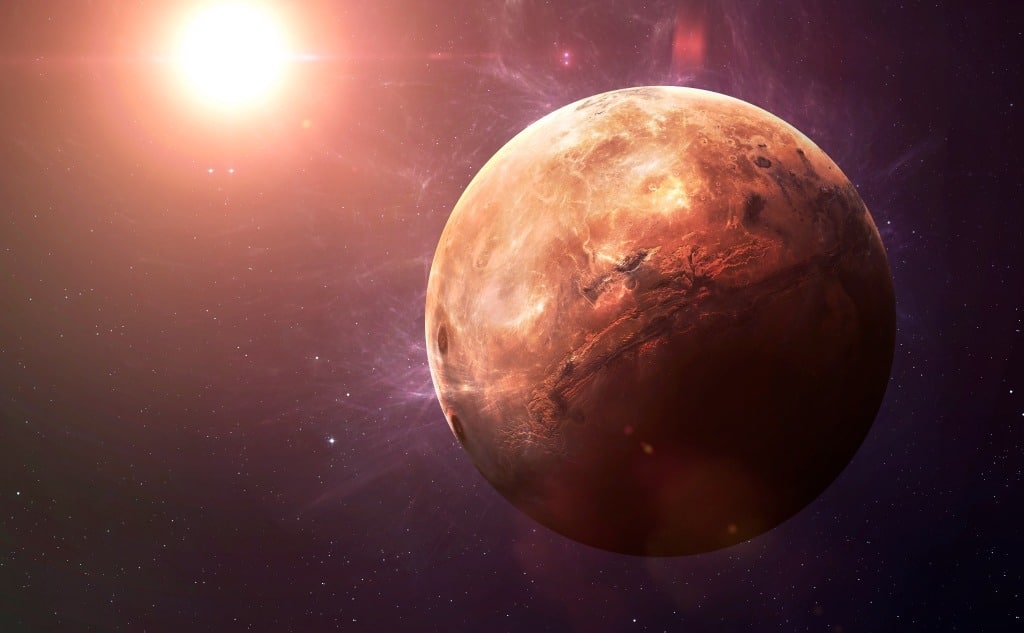 This is about how it would be to live on the planet Mercury.

How about a black sky in the daytime?

So if you want to know how life on Mercury might be, this article is for you.

What Would It Be Like To Live on Mercury?

As most of us already know, living essentially anywhere besides Earth in our solar system would be extremely deadly.

Let’s forget about that for a moment and assume that we have the technology and capabilities to do so.

So, what would it be like to live on Mercury?

Your Typical Day on Mercury

You would wake up, just like your Earth day.

Except, when you woke up, you would only be about 2% of the way through the same day you went to sleep. This is because a Mercurial day is 59 times as long as one Earth day, or 1,400 hours.

You decide to make some coffee and watch the sunrise on your porch. As opposed to the brief, sacred time that it takes for the Sun to rise on Earth, you would have a much different experience on this new planet.

The Sun begins to rise and suddenly appears to come to a complete stop in the ski. After a while, it begins moving back in the opposite direction.

Finally, it continues the other way on its original path and sets. You might be thinking that this actually sounds rather enjoyable.

But, keep in mind that this sunrise would take over 170 Earth days because of the incredibly long day. Hope you made a large pot of coffee.

Your Typical Night on Mercury

As your freezing night begins, your sky would look identical to the way it did during the day (explained below), pitch black.

The stars would certainly be bright and would not even twinkle once without a hazy atmosphere in your way.

If you’re looking to stay up late, you may want to keep in mind that midnight will not occur until almost 44 Earth days after the Sun has gone down.

Your Typical Year on Mercury

With Mercury’s low gravity, which is only around 38% of that on Earth, your first year would have some big upsides.

You would also weigh about one-third of your current weight on Earth without any exercise.

With your new calendar year being only 88 days long, you would have four times as many birthdays.

However, this would also make you four times as old. If you were 20 years old on Earth, you would be 85 years old on Mercury.

Mercury has essentially no atmosphere, which would make for very predictable, but brutal days and nights.

For instance, without a thick atmosphere to scatter the Sun’s incoming light, your daytime skies would appear almost completely black, and stars would never twinkle.

On most parts of the planet, your average temperatures would be around 350 degrees Fahrenheit.

After all, this new planet is only 35 million miles from the Sun, which is not far in cosmic terms.

When the Sun finally sets, temperatures plummet very quickly to around -200 degrees Fahrenheit because there is no atmosphere to trap the heat.

With the high temperatures, if you are hoping for a nice rainstorm, don’t hold your breath.

With little to no atmosphere, you would never have rain, or snow, or hurricanes.

You could, however, experience earthquakes, or Mercuryquakes rather, because as the planet’s molten core cools over time, it’s slowly breaking down and causing Mercury to shrink.

So, it looks like you can cross off weather reporter during your new job search. It’s definitely going to be really hot, then really cold with a 0% chance of precipitation.

If 100-day sunrises, scorching days, frigid nights, and lots of birthday parties are what you seek, then Mercury would be a great location for you.

Only two space missions have ever visited Mercury for what it’s worth, so you might want to do some research first before moving there.